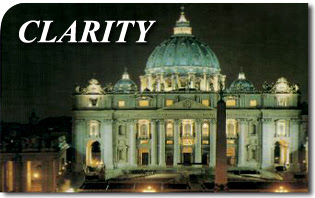 The ongoing developments regarding the Sede Vacante1 are strikingly similar to those when Plinio Corrêa de Oliveira (1908-1995) published this luminous article. As is known, the Sede Vacante is the interim period that began last Feb. 28 with the resignation of Benedict XVI and will close when his successor is elected.

Although the article was published 35 years ago (Folha de S.Paulo, Aug. 16, 1978), on the eve of the Conclave2 that elected Pope John Paul I, the author “could raise, in the general lines, the same questions he asks in it, for which all Catholics would like to have clear answers.”

… In this period of time when the public has so much influence even in the most private circles, in this epoch when so many people confuse public with publicity and naively imagine that the image presented by publicity always reflects that of the public, in short, in this age when an apathetic, benumbed public frequently allows events to pass without understanding the uproar of publicity or the conduct of public figures, who are often hypersensitive to this uproar, I ask:

Is it a fact that the masses see and feel things in the same way that the so-called methods of social communications present them?
As far as Brazil is concerned, as well as the Church, I am inclined to answer no. Out of love of brevity I shall put Brazil to the side, and speak only of the Church.

Yes, about the Church, on the eve of the Conclave.

Presented with the flood of names of candidates for the Papacy, people are not so interested in knowing where these men were born, their age, their ecclesiastical career, nor what their appearance is (an appearance which most often fits one of the current variants: happy-smiling, charitable-sad, or dishevelled-frenetic, although the last is not in style for cardinals).

What the people want to know can be reduced to one main problem: Paul VI said that the Church was being victimized by a mysterious “process of self-destruction” (Allocution of December 7, 1968) and that the “smoke of Satan” had penetrated Her (Allocution of June 29, 1972).

The deceased Pontiff — before whose mortal remains I now bow with due veneration — thus entered eternity with the Church’s self-destruction under way and the smoke of Satan expanding. What then will his Successor think about this self-destruction and the smoke? How will he conduct himself in relation to the two? 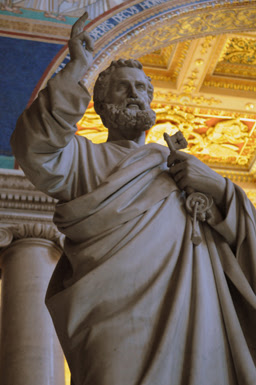 Confronting the promoters of accommodations, will
the new successor of Saint Peter be a fighter, a negotiator, or a reconciler?

A thousand other questions could be formulated about the new Pope; but those which I have just set forth rise above the others, since whoever sails on a ship amid thick smoke with passengers who are destroying the ship’s framework is immediately and principally interested in knowing what will be done of the smoke and to the destroyers of the ship. Now, the Holy Church of God is the admirable and most noble, I would almost say adorable, Bark of Peter. It is natural that in these times the passengers of Peter’s ship will also ask these questions.
Countless Catholics correctly identify the smoke of Satan and the self-destruction of the Church with two great tendencies existing in Her today. One of these tendencies is developed in the theological, philosophical, and moral spheres. It is progressivism.

The other tendency is developed in the diplomatic, social, and economic spheres. Depending on the point of view with which it is considered, it is called detente with the East, accommodation with socialism, or rapprochement with communism.

If we consider that, in its turn, progressivism is an accommodation with the thousand aspects of that which is conventionally termed “the modern mind” (a term which, to a certain degree is a fiction to which few men adhere entirely, to which many only adhere with certain reservations and in highly variable proportions, and a fiction which many persons reject), we reach the conclusion that the future Pope will have his Pontificate essentially marked by the attitude he will adopt toward what we could call a twofold accommodation:

The reader will excuse the new words. Perhaps I should have made them differently.

They came to mind while my pen wrote, and they help me express more easily and quickly what I want to say. In this way they save my time and the reader’s. In our age, haste easily obtains indulgence for many deficiencies of elegance…

What do the various cardinals whose names are being presented as papabili think about these accommodations?

How do each one of these cardinals see the currents towards which these movements of accommodation invite them? Do they see them as hydras which one must smash immediately with the sword of fire of the Holy Spirit? Do they see them as intelligent, flexible adversaries, who are perhaps slightly foolish, with whom one can conduct slow, comfortable, and perhaps even cordial negotiations? Or do they see them as companions in a coexistence or a perfectly acceptable collaboration which, from some points of view, they may even regard as likable?

These are, among a thousand, the questions that a majority of the passengers of the Most Holy Bark of Peter would like to ask each papabili.

For the most part, I see only opaque, viscous, and totally unsatisfactory fragments of answers to these questions which hang in the air.

But whatever happens, when the name of the new Pope is proclaimed from the loggia of Saint Peter, and the classic shout of joy goes up from the huge square surrounded by Bernini’s colonnades, a silent but anxious question will simultaneously come to the minds of the people. Confronting the promoters of accommodations, will the new successor of Saint Peter be a fighter, a negotiator, or a reconciler?

And he, in whom will rest the august power of the keys and whose decisions are sovereignly independent from the judgments of men, but whose pastoral mission will not allow him to be indifferent to the aspirations and needs of the sheep, will ask himself in the solemn moment of his acclamation: Which of the three attitudes does this huge flock expect form me?

While we wait, in humble, confident, and uninterrupted prayer, for this peak moment of warm jubilance that is never the less clouded with anxieties, we must still ask: What does the faithful flock desire? 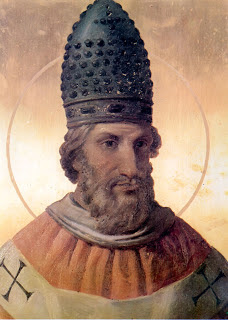 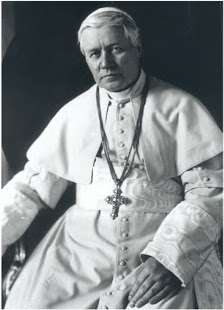 Of course, many have their minds settled regarding their preference for a Pope who will adopt entirely this or that attitude towards the twofold accommodation. As everyone knows, I put myself with those who would rejoice upon the election of a combative Pope like Saint Gregory VII or Saint Pius X. Others clearly prefer an “accommadationist” Pope, as Pius VII was in his time. And so on.

But, what does the vast majority of the faithful want?
At first glance, this majority appears apathetic. Would this apathy result from a lack of interest? I do not believe so.
What is it then? In my view, this apparent apathy is the expression of a respectful disquietude, and therefore silence, of someone who does not understand, does not agree, and who likewise does not dare to disagree.

This immense majority, in whose silence I seem to detect obvious traces of fatigue, anguish, and discouragement, wants immediately and first of all, clarity.

Yes, in a silence that increasingly manifests perplexity, this majority wants to know what this smoke is, what are the ideological labels and the human instruments that serve as “sprays” of this smoke for Satan, in what does this destruction consist, and, how to explain the fact that this destruction, strangely enough, is a self-destruction?

Isn’t this what you, dear reader, would like to know? Well, so would I. And, like us, so would thousands, millions, and hundreds of millions of Catholics.

What could be more just, more logical, more filial and more noble than the sons of light turning to that man to whom it was said: “Thou art Peter; and upon this rock I will build My Church,” to ask him for clarity? 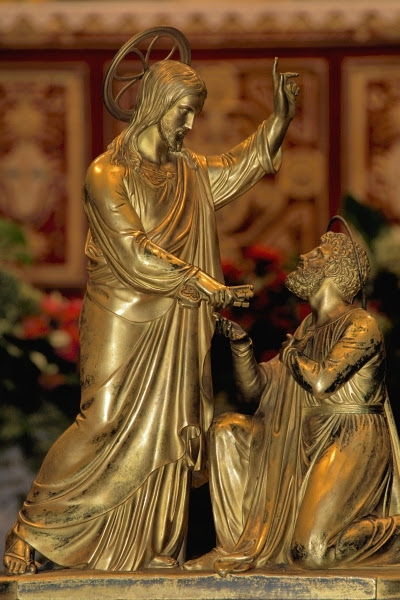 Our Lord Jesus Christ gives the keys to Saint Peter.

Editor’s note: This article has been translated and adapted for publication without the author’ revision.