The rays of the Sun of Divine predilection shone with touching splendor on this genuine poor man, who was born a slave. Endowed with a great soul, he showed a gentleman’s dedication and magnanimity to his masters even—and especially—when misfortune cast them into poverty. They rewarded his generosity, giving him his deserved freedom and loving him as a devoted son. 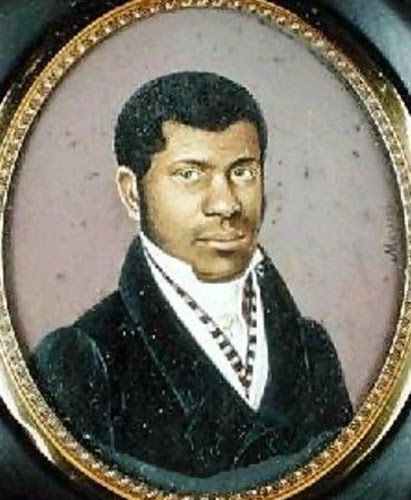 Pierre Toussaint was declared venerable in 1996.

Servant of God Pierre Toussaint (1766-1853): Born to slavery in Saint Domingue (present-day Haiti), Toussaint came to New York in 1789 with his master, Jean Bérard du Pithon, a French noble and prosperous planter who was fleeing the turmoil unleashed in Saint Domingue by the French Revolution. Two years later, his master died without having been able to recover the family fortune, thus leaving Madame Bérard in poverty. Distressed at the plight of his mistress, Toussaint did not allow her poverty to come to light. He provided for the table by applying his skills as a fashionable hairdresser for the ladies of New York’s high society, served dinners to his mistress and her guests elegantly dressed as butler, and entertained everyone after the meals with the music of his violin.

Given his freedom in 1808, he married in 1811. Because of his virtue, discretion, and admirable wisdom, many people of the upper class brought him their troubles, seeking his advice. His generosity and dedication seemed unlimited, and he became the unknown benefactor of many who had fallen on hard times. He died in 1853, having profoundly marked New York society. Throngs of grateful people, white and black, high and low-born, filled Old Saint Peter’s Church for his funeral. His remains lie today in the crypt of Saint Patrick’s Cathedral, where they gloriously await the day of resurrection and, we hope, the day when he will be honored with the glorious title of “saint.” Providence also displayed its preferential option on behalf of this authentic American lady, linked by marriage to the Scottish nobility and by blood to the genuine analogous elites of our country when it was splendidly beginning its great trajectory. 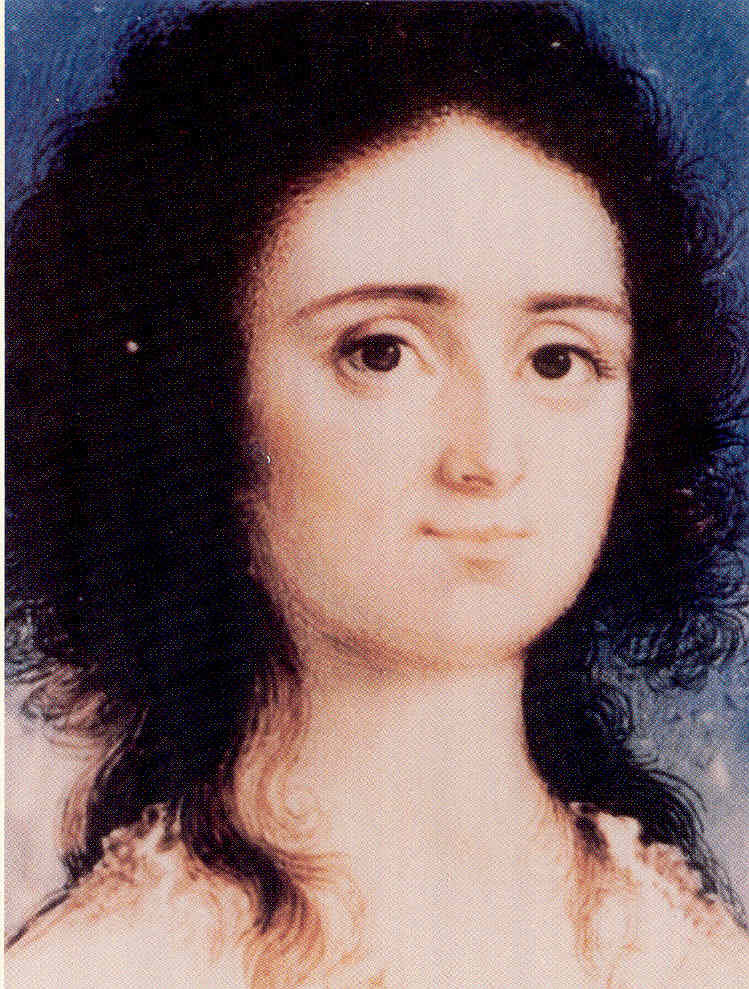 Saint Elizabeth Ann Seton (1774-1821): Born an Episcopalian to one of New York’s most distinguished families, the Bayleys, she was the first native-born American to be elevated to the honors of the altar. She married William Seton, from whose family, of noble Scottish descent, Mary Stuart, Queen of Scots and brave Catholic martyr, had chosen a lady-in-waiting more than two hundred years earlier. He was also one of New York’s wealthiest importers. His health having deteriorated due to tuberculosis, in a last attempt to stave off death, he decided on a sea voyage to Leghorn, Italy, and there he died. In the aristocratic Filicchi family of Leghorn, Mrs. Seton found assistance in her woes. These truly Christian nobles did a marvelous apostolate with her and acquainted her for the first time with the truths of the Faith. 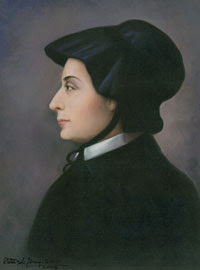 Not long after, returning to New York, she announced to her family and friends that she was thinking of becoming a Catholic and was met with shocked disbelief. There was a rush to prevent her from joining the Church of the “offscoured” Irish and German immigrants, and upon her final submission to the Catholic Church she became the object of suspicion and ridicule, and was disowned by most of her family.

After much prayer, she left for Baltimore with her five children, where she founded her first school. The hope of establishing a religious community was apparent from the beginning. With a donation from a wealthy convert, she established a community of sisters in Emmitsburg, Maryland, where she also founded the first parochial school in the United States. Although dying at the age of 47, she lived to see her work flourish.

Posted by Robert Ritchie at 9:53 AM