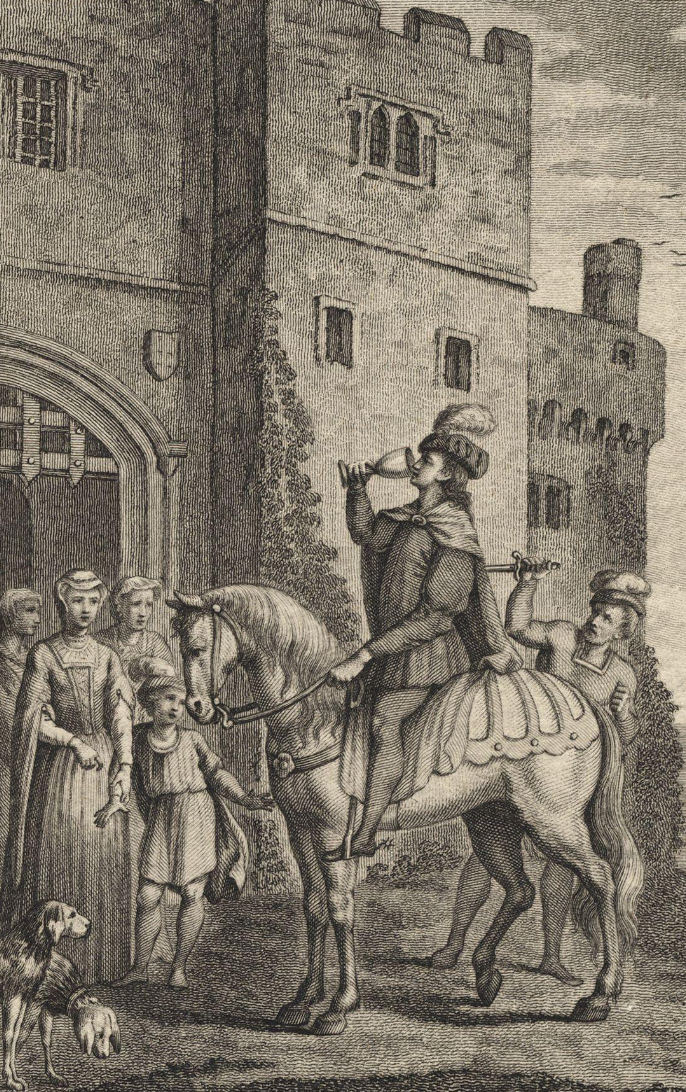 The murder of St. Edward the Martyr, by Edwards, published 1776.

His accession to the throne on his father’s death, in 975, was opposed by a party headed by his stepmother, Queen Elfrida, who was bent on securing the crown for her own son Ethelred, then aged seven, in which she eventually was successful.

Edward’s claim, however, was supported by St. Dunstan and the clergy and by most of the nobles; and having been acknowledged by the Witan, he was crowned by St. Dunstan.

Though only thirteen, the young king had already given promise of high sanctity, and during his brief reign of three years and a half won the affection of his people by his many virtues. His stepmother, who still cherished her treacherous designs, contrived at last to bring about his death. Whilst hunting in Dorsetshire he happened (March 18, 979) to call at Corfe Castle where she lived.

There, whilst drinking on horseback a glass of mead offered him at the castle gate, he was stabbed by an assassin in the bowels. He rode away, but soon fell from his horse, and being dragged by the stirrup was flung into a deep morass, where his body was revealed by a pillar of light. He was buried first at Wareham, whence three years later, his body, having been found entire, was translated to Shaftesbury Abbey by St. Dunstan and Earl Alfere of Mercia, who in Edgar’s lifetime had been one of his chief opponents. 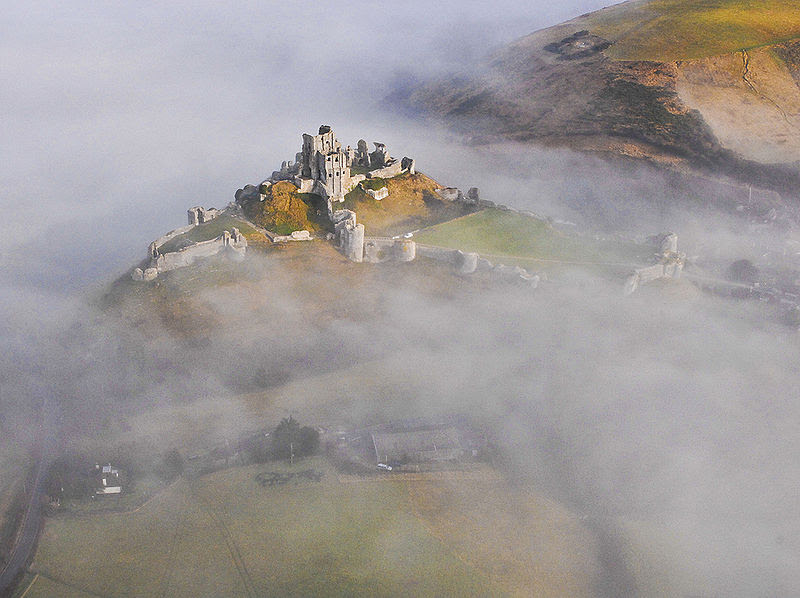 Many miracles are said to have been obtained through his intercession. Elfrida, struck with repentance for her crimes, built the two monasteries of Wherwell and Ambresbury, in the first of which she ended her days in penance. The violence of St. Edward’s end, joined to the fact that the party opposed to him had been that of the irreligious, whilst he himself had ever acted as a defender of the Church, obtained for him the title of Martyr, which is given to him in all the old English calendars on March 18, also in the Roman Martyrology.