St. John of God – They buried him with all the honors of a prince 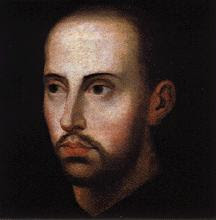 The wonders attending the saints birth heralded a life many-sided in its interests, but dominated throughout by implicit fidelity to the grace of God. A Spanish priest whom he followed to Oropeza, Spain, in his ninth year left him in charge of the chief shepherd of the place, to whom he gradually endeared himself through his punctuality and fidelity to duty, as well as his earnest piety. When he had reached manhood, to escape his master’s well-meant, but persistent, offer of his daughter’s hand in marriage, John took service for a time in the army of Charles V, and on the renewal of the proposal he enlisted in a regiment on its way to Austria to do battle with the Turks. 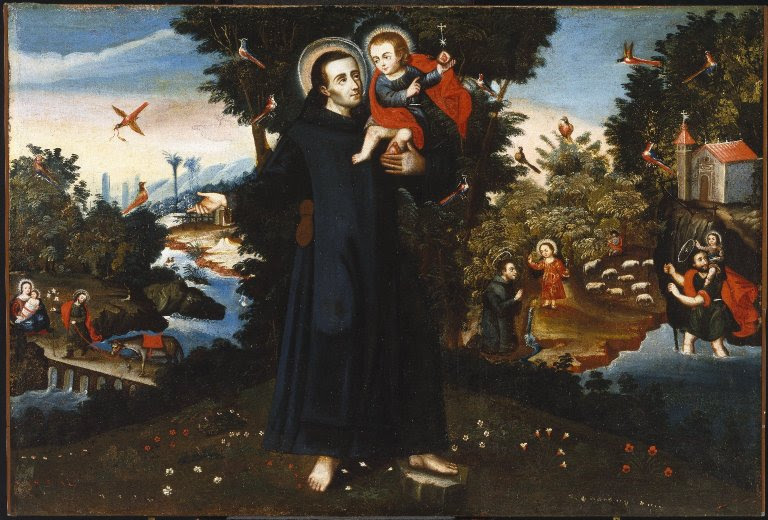 Succeeding years found him first at his birthplace, saddened by the news of his mother’s premature death, which had followed close upon his mysterious disappearance; then a shepherd at Seville and still later at Gibraltar, on the way to Africa, to ransom with his liberty Christians held captive by the Moors. He accompanied to Africa a Portuguese family just expelled from the country, to whom charity impelled him to offer his services. 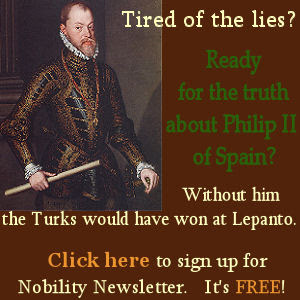 On the advice of his confessor he soon returned to Gilbratar, where, brief as had been the time since the invention of the printing-press, he inaugurated the Apostolate of the printed page, by making the circuit of the towns and villages about Gilbratar, selling religious books and pictures, with practically no margin of profit, in order to place them within the reach of all. 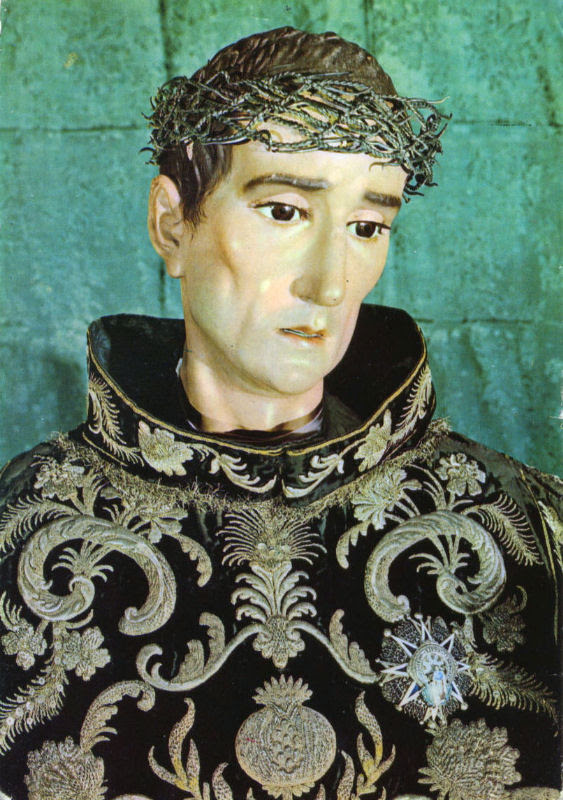 Statue of St. John of God by Bernardo de Mora at the Basilica de San Juan de Dios in Granada.

It was during this period of his life that he is said to have been granted the vision of the Infant Jesus, Who bestowed on him the name by which he was later known, John of God, also bidding him to go to Granada. There he was so deeply impressed by the preaching of Blessed John of Avila that he distributed his worldly goods and went through the streets of the city, beating his breast and calling on God for mercy. For some time his sanity was doubted by the people and he was dealt with as a madman, until the zealous preacher obliged him to desist from his lamentations and take some other method of atoning for his past life. He then made a pilgrimage to the shrine of Our Lady of Guadeloupe, where the nature of his vocation was revealed to him by the Blessed Virgin. Returning to Granada, he gave himself up to the service of the sick and poor, renting a house in which to care for them and after furnishing it with what was necessary, he searched the city for those afflicted with all manner of disease, bearing on his shoulders any who were unable to walk. 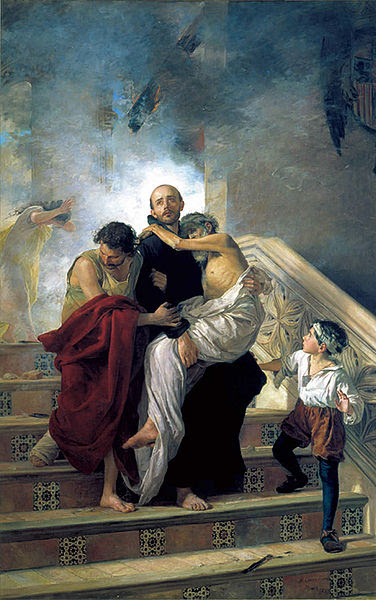 St. John of God saving people from a fire at the Royal Hospital. Painting by Manuel Gómez-Moreno González

For some time he was alone in his charitable work soliciting by night the needful supplies, and by day attending scrupulously to the needs of his patients and the rare of the hospital; but he soon received the co-operatlon of charitable priests and physicians. Many beautiful stories are related of the heavenly guests who visited him during the early days of herculean tasks, which were lightened at tirnes by St. Raphael in person. To put a stop to the saint’s habit of exchanging his cloak with any beggar he chanced to meet, Don Sebastian Ramirez, Bishop of Tuy, had made for him a habit, which was later adopted in all its essentials as the religious garb of his followers, and he imposed on him for all time the name given him by the Infant Jesus, John of God.

The saint’s first two companions, Antonio Martin and Pedro Velasco, once bitter enemies who had scandalised all Granada with their quarrels and dissipations, were converted through his prayers and formed the nucleus of a fourishing congregation. The former advanced so far on the way of perfection that the saint on his death-bed commended him to his followers as his successor in the government of the order. The latter, Peter the Sinner, as he called himself, became a model of humility and charity. 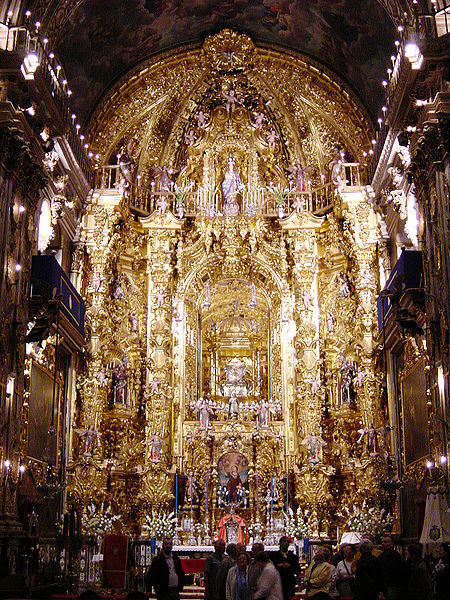 Baroque main altarpiece in San Juan de Dios basilica, at Granada, Spain, with the shrine of saint John of God.

Among the many miracles which are related of the saint the most famous is the one commemorated in the Office of his feast, his rescue of all the inmates during a fire in the Grand Hospital at Granada, he himself passing through the flames unscathed. His boundless charity extended to widows and orphans, those out of employment, poor students, and fallen women. After thirteen years of severe mortification, unceasing prayer, and devotion to his patients, he died amid the lamentations of all the inhabitants of Granada. His last illness had resulted from an heroic but futile effort to save a young man from drowning.

The magistrates and nobility of the city crowded about his death-bed to express their gratitude for his services to the poor, and he was buried with the pomp usually reserved for princes. 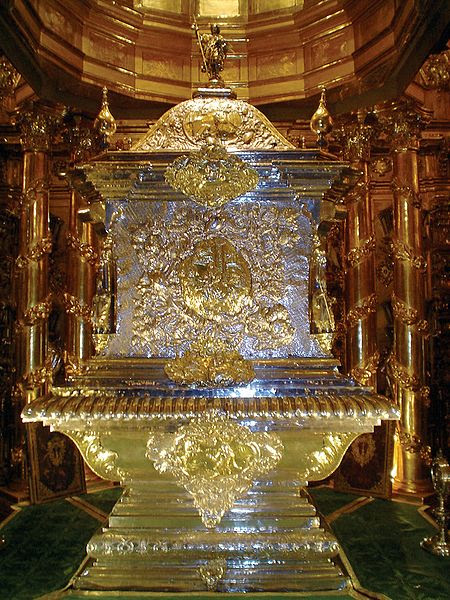 He was beatified by Urban VIII, 21 September, 1638, and canonized by Alexander VIII, 16 October, 1690. Pope Leo XIII made St. John of God patron of hospitals and the dying.

You will be separated from men, whether you like it or not.

“If we kept before us the mercy of God, we would never be deficient in doing good, while strength was in us. For, when we make over to the poor, out of the love of God, what he himself has given us, his promise is that we shall receive a hundredfold in eternal happiness. That indeed is a fortunate and happy way of gaining a profit! Who will not give over whatever he has to this best of merchants! He administers our business himself, and begs us with outstretched arms to turn to him and weep for our sins, and become servants in love, first for ourselves, and then for our neighbour. For just as water extinguishes a fire, just so does charity blot out our sins. So many people come here that I very often wonder how they can possibly be provided for. But Jesus Christ provides all things and feeds everyone. Many of the poor come into this house of God because the city of Granada is large and very cold, especially now in winter. There are now more than one hundred and ten people living in this house, including the sick, the healthy, the servants and pilgrims. Because the house is open to everyone, it takes in all manner of sick people. There are people with useless limbs, the maimed, the lepers, the dumb, the insane, paralytics, and some who are suffering from cancer. Others are afflicted with senility, and there are many children, as well as the innumerable travellers and pilgrims who arrive here, and whom we provide with fire, salt and water, as well as pots to cook their food. There is no charge made for all this, but Christ is our provider.

So, I am working here in debt, and I am a captive for the sake of Jesus Christ. Often I owe so much that I dare not go out, in case I am seized for my debts. And when I see so many of my brethren in poverty, and my neighbours suffering beyond their strength, and oppressed in mind or body by so many cares, and am unable to help them, it causes me exceeding sorrow. But I trust in Christ who knows my heart. Then I say, ‘Accursed is the man who puts his trust in men, and not in Christ alone.’ You will be separated from men, whether you like it or not. But Christ is faithful and is with us always, and he provides all things. We are right to give him thanks. Amen.”