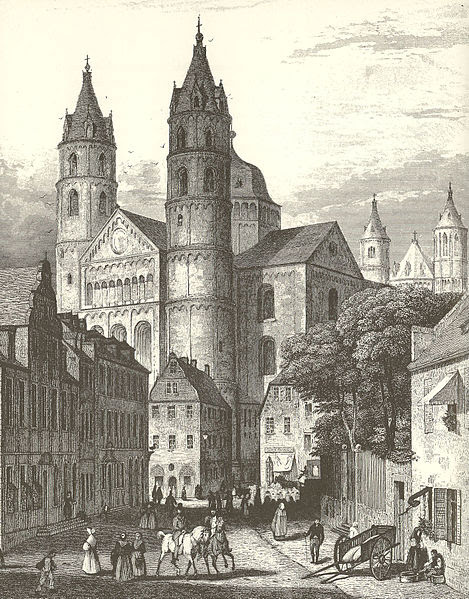 America’s growing socio-economic crisis is causing people to start connecting the dots, to see how abortion is a one symptom (a very serious one) of a much deeper crisis that resides deep in the soul of modern man.

It was not always so.  In 80s and 90s, in better economic times, it was more difficult to see how  the immoral fashions, contraception, divorce, pornography, abortion, etc, were all symptoms of one and the same process in the decadence of Western man.

But now, some people are starting to open their eyes to the full scope and connectedness of our moral crisis, and not only to seeing one aspect of it.

At a recent pro-life conference, for example, my brother spoke with a very nice lady, who said something exactly along these lines.

She has been working in a pregnancy center for many years.  Until recently, she said that she used to think we could stop abortion without changing society.

But now she has changed her mind.

Based on years of first hand experience, she realized that the women who came to the center for help had no basic framework of order; no family, no tradition, no standard of morality to measure their behavior against, no idea of objective morality, no idea of the finality of marriage, etc., you get the idea.

This very active, balanced and compassionate pro life activist came to the conclusion that to stop abortion, we need to change the entire culture; we need a whole civilization in order to get to the roots of the problem of abortion.

It is only after individuals, families, towns, states, with the Church, and all in line with God’s law that we can have a civilization where virtue flourishes and vice fades.

In the purified airs of such a civilization, abortion has little chance of catching on.

The Christian Ideal of Social Perfection

If we suppose that most of the individuals in a certain population practice God’s Law, what result can we expect from that society?

This is the same as asking if in a watch each part works according to its nature and its purpose, what result may we expect from the watch?  Or if each part of a whole is perfect, what must be said of the whole?

Since it is always risky to use mechanical examples for human situations, let us stick to the image of a society where all members are good Catholics, as described by Saint Augustine:

Let us imagine “an army composed of soldiers as Jesus Christ’s doctrine forms them, of governors, husbands, spouses, parents, children, teachers, servants, kings, judges, taxpayers, tax collectors as the Christian teaching require them to be! And let them (the heathen) still dare to say that this teaching is contrary to the interests of the State! On the contrary, they have to admit unhesitatingly that it is a safeguard for the State when faithfully followed” (Epist. CXXXVIII, al. 5, ad Marcellum, Cap. II, n. 15).

Elsewhere, the holy Doctor, addressed himself to the Catholic Church:

“Thou leadest and teachest children with tenderness, young people with vigour, old people with calm as not only their body but also their soul requires. Thou submittest the wives to their husbands, for a faithful and chaste obedience, not to gratify passion but for the propagation of the species and the constitution of the family. Thou givest authority to the husbands over their wives, not in order to abuse the fragility of their sex, but to follow the laws of a sincere love. Thou subordinatest the children to their parents for a kind authority. Thou unitest, not only in a society but in a kind of brotherhood, citizens to citizens, nations to nations, and men one to another through the memory of their first parents. Thou teachest kings to care for their people and thou ordainest the people to obey the kings. Thou teachest solicitously to whom honour is due, to whom affection, to whom respect, to whom fear, to whom comfort, to whom rebuke, to whom encouragement, to whom a scolding, to whom a reprimand, to whom a punishment; and thou tellest in what way, if everything is not due to everyone, charity is due to everybody, injustice to nobody” (De Moribus Ecclesiae, Cap. XXX, n. 63).

It would be impossible to better describe the ideal of a totally Christian society. Could order, peace, harmony and perfection be brought to a higher level in a community? we answer with a short remark: If nowadays all men were practicing the Law of God, would not all the political, social and economic problems that beset us be quickly solved? However, what solution can we hope for them while men live in non-observance of the Law of God?

Did human society ever achieve this ideal of perfection? Undoubtedly. The immortal Pope Leo XIII tells us so: Once the Redemption was accomplished and the Church founded, “man, as if he were awakening from an old, long, and mortal lethargy, saw the light of the truth he had looked and longed for during so many centuries; above all he recognized that he was born for much higher and much more magnificent possessions than the fragile and perishable things attained by the senses and to which he had until then limited his thoughts and his concerns. He understood that the whole constitution of human life, the supreme law, and the end to which everything must submit is that, coming from God, we must return to Him one day.

“From this beginning and on this foundation consciousness of human dignity was restored and lived again; the sense of a common brotherhood took possession of men’s hearts. In consequence, their rights and duties were perfected or established anew, and virtues beyond the conception of ancient philosophy were revived. So men’s purposes, tenor of life, and characters were changed, and the knowledge of the Redeemer having spread far and wide and His power having penetrated into the very life-blood of the nations, expelling their ignorance and ancient vices, a marvellous transformation took place, which, originating in Christian civilization, utterly changed the face of the earth” (Leo XIII, Encyclical Tametsi Futura Prospicientibus).

This splendid reality, an order and a perfection more supernatural and heavenly than natural and earthly, has been called Christian civilization, the product of Christian culture and a daughter of the Catholic Church.

One is cultured when his soul is not enslaved by the unruly and spontaneous play of its faculties — intelligence, will and sensibilities, but rather has enriched them through an orderly and reasoned effort. It is similar to a field, which does not cause seeds, chaotically strewn by the wind, to bear fruit. Only a farmer’s toil produces something useful and good.

In this sense, Catholic culture is the cultivation of the intelligence, will, and sensibility according to the norms of morality taught by the Church. It is identified with the very perfection of the soul. If it exists in most members of a human society (though in degrees and ways proper to the social condition and age of each one), it will be a social and collective fact. Moreover, it will constitute the most important element of social perfection.

Civilization is the condition of a human society that possesses culture and has created, according to the basic principles of that culture, its own customs, laws, institutions and literary and artistic systems.

A civilization will be Catholic if it is the faithful product of a Catholic culture and therefore, the spirit of the Church is the normal and vital principle of its customs, laws, institutions and literary and artistic systems.

Thus, it can be inferred with crystalline conspicuousness that no true civilization exists that is not the result and fruit of the True Religion.

The Church and Christian Civilization

It would be false to think that the Church’s action upon men is merely individual and that She forms only persons, not peoples, cultures and civilizations.

To defy these surroundings, whose ideological action penetrates us, even by osmosis, takes high and strenuous virtue. Thus, the first Christians were no more admirable facing the wild animals of the Coliseum than when maintaining their Catholic spirit in a heathen society.

How then, can the Church fail to attempt to influence culture and civilization? How can She remain satisfied with acting merely upon individual souls?

In fact, every soul influenced by the Church is a seed of that civilization, which She actively and vigorously spreads. Virtue shines through, penetrates and thus spreads. By spreading, it tends to transform itself into a Catholic culture and civilization.

As we have seen, the distinctive feature of the Church is to produce a Christian culture and civilization, and to produce all Her fruits in a fully Catholic social atmosphere. A Catholic must long for a Christian civilization just as a man imprisoned in a dungeon wants open air and a caged bird yearns after the infinite expanses of the sky.

This is our purpose, our great ideal. We move towards the Christian civilization that may arise from the ruins of today’s world, as the civilization of the Middle Ages was born from the ruins of the Roman world. We move towards the conquest of this ideal with the courage, the perseverance, the will to face and overcome all obstacles with which the crusaders marched towards Jerusalem. If our forebears were capable of dying to reconquer the Sepulcher of Christ, how could we not want — we sons of the Church as they — to struggle and die to restore something that is of infinitely more worth than the most precious Sepulcher of the Savior, that is, His reign over the souls and societies that He created and saved to love Him eternally?

The 2nd part of this post was taken from an article of Prof. Plinio Correa de Oliveira that first appeared in Catolicismo in January 1951.

Posted by Robert Ritchie at 4:13 PM