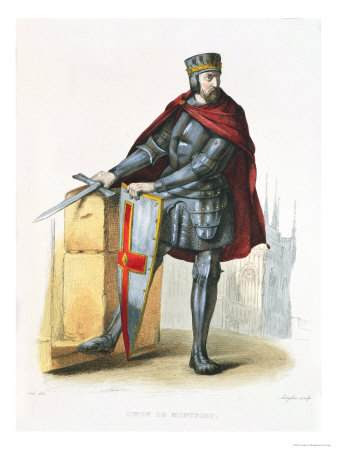 At the Battle of Muret on 12 September 1213 the Crusading army of Simon IV de Montfort defeated the Catharist, Aragonese and Catalan forces of Peter II of Aragon, at Muret near Toulouse.

Simon IV de Montfort was the leader of the Albigensian Crusade to destroy the Cathar heresy and incidentally to join the Languedoc to the crown of France. He invaded Toulouse and exiled its count, Raymond VI. Count Raymond sought assistance from his brother-in-law, King Peter II of Aragon, who felt threatened by Montfort’s conquests in Languedoc. He decided to cross the Pyrenees and deal with Montfort at Muret. 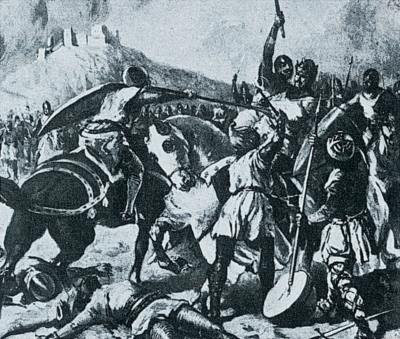 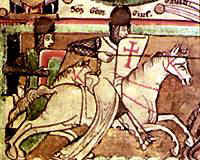 Simon de Montfort led an army of 870 French Crusaders, along with a small contingent of knights brought by his ally, the viscount of Corbeil. Simon de Montfort’s 870 mailed cavalry included 270 knights, making the small force of exceptional quality. King Peter of Aragon had brought 800 to 1,000 Aragonese cavalry, joined by a militia from Toulouse and armies brought by the counts of Comminges and Foix. King Peter of Aragon’s combined forces possibly numbered 4000 cavalry, with thirty to forty thousand infantry. Montfort divided his army into three squadrons, and then led them across the Garonne to meet the Aragonese forces. Peter’s ally and brother-in-law, Count Raymond, advised a defensive posture in order to weaken the advancing enemy with bowshot and javelins. Peter rejected this suggestion as unknightly and dishonorable. King Peter rode to the front line, forsaking his royal armour for the plain armour of a common soldier. His army was disorderly and confused. When Montfort’s first squadron charged the field, the Aragonese cavalry was crushed and Peter himself was unhorsed. He cried out, “I am the king!” but was killed regardless. With the realization that their king had been killed, the Aragonese forces broke in panic and fled, pursued by Montfort’s Crusaders.