September 24 is the feast of Our Lady of Ransom

Feast of Our Lady of Ransom (also Our Lady of Mercy) 24 September commemorates the foundation of the Mercedarians. 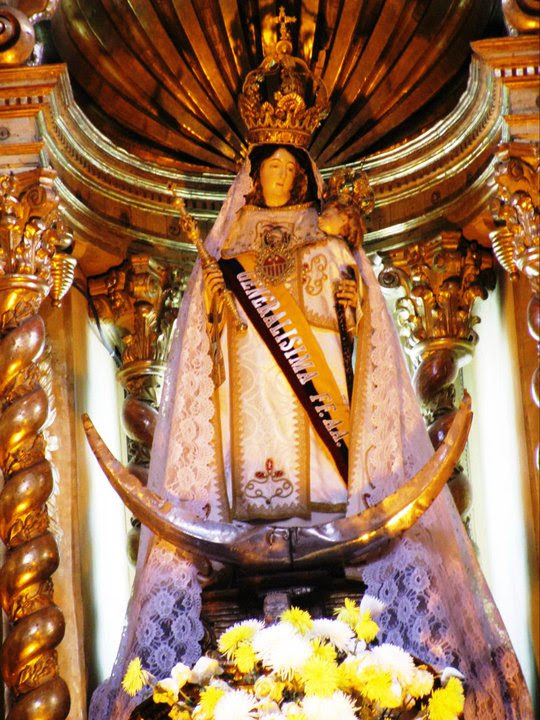 Our Lady of Mercy, General of the Ecuadorian Armed Forces. This statue is in Quito, Ecuador.

On 10 August, 1223, the Mercedarian Order was legally constituted at Barcelona by King James of Aragon and was approved by Gregory IX on 17 January, 1235. The Mercedarians celebrated their institution on the Sunday nearest to 1 Aug. (on which date in the year 1233 the Blessed Virgin was believed to have shown St. Peter Nolasco the white habit of the order), and this custom was approved by the Congregation of Rites on 4 April, 1615 (Anal. Juris Pont., VII, 136). On 22 Feb., 1696, it was extended to the entire Latin Church, and the date changed to 24 September. The Mercedarians keep this feast as a double of the first class, with a vigil, privileged octave, and proper Office under the title: “Solemnitas Descensionis B. Mariæ V. de Mercede”. Our Lady of Ransom is the principal patron of Barcelona; the proper Office was extended to Barcelona (1868) and to all Spain (second class, 1883). Sicily, which had suffered so much from the Saracens, took up the old date of the feast (Sunday nearest to 1 Aug.) by permission of the Congregation of Rites, 31 Aug., 1805 (double major), Apparition of Our Lady to St. Peter Nolasco in the choir of Barcelona, on the Sunday after 24 Sept. In England the devotion to Our Lady of Ransom was revived in modern times to obtain the rescue of England as Our Lady’s Dowry.