Jefferson Center — Joan MacIntryre and Jane Andrews have dreamed of a wedding with all the trappings. Joan has pulled out all the stops to bring it all together. Jane is taking care of the flowers. Relatives are coming in from all over. The event is planned for late October, but now it seems it is not going to happen.

At least not in Jefferson Center. Even though same-sex marriage has been legal in New York State since 2011, county clerk Mary MacDonald has refused to issue a license. She claims she will not issue this license or any other like it and is defying state officials to do something about it.

“Marriage is not something you play around with,” MacDonald told reporters. “It’s a sacred right and you can’t legislate a sacred right.”

MacDonald cites a glitch in county law that allows clerks the right to refuse licenses. It appears that even state officials are at a loss as to how to deal with the case.

“I’ve never seen anything like it,” says Michael Boyd, a legal consultant called in to give an opinion. “It appears she has a case that is not going to be easy to get around.”

“How is this possible?” MacIntryre is asking. “We thought the state resolved the issue but now it seems we are out of luck.” The couple is seeking legal advice and hopes to appeal the decision. They are putting their plans on hold until later.

Residents in this sleepy town of 600 just 73 miles northwest of Albany are divided on the issue. Joseph Jameson, 29, says he sees nothing wrong with the decision. “She seems to have done everything right.” Joyce Schmidt, 31, however, disagrees: “The law is the law and no one has the right to interpret it as they please. I don’t care who she is, she should be made to enforce the law as it is written.”

I would imagine there are many readers of a liberal mindset that are indignant upon reading this story of a county clerk who so blatantly found a way around the law.

These readers will be happy to know that the above account is made up. Mary MacDonald does not exist. Jefferson Center does not appear on the New York map.

None of the facts are true. However, they could be true. And that is the point of the article.

In Pennsylvania and New Mexico, there are cases of county clerks who are defying the law and issuing marriage licenses to same-sex partners with impunity. State officials are not clamping down. Homosexual activists nationwide are acclaiming the actions of these clerks as heroic.

Technically speaking, there is nothing to prevent a Mary MacDonald from appearing in a state where same-sex “marriage” is legal and refuse to issue licenses.

Nothing save the same liberal media that acclaims the clerks issuing marriage licenses as heroes. They would be quick to howl with indignation at the audacity of a clerk who does the contrary. Liberal politicians who turn a blind eye to the illegal actions of actual clerks would suddenly become lions of legalism against poor Mary MacDonald.

It is a curious case of two weights and two measures that is characteristic of the liberal mindset. Such attitudes echo the cries of the counter-culture of the sixties when student revolutionaries proclaimed: “It is forbidden to forbid.” According to this warped logic, everything should be allowed save the act of not allowing. Those who hold to some kind of restrictive objective morality based on natural law are branded as intolerant and bigoted. 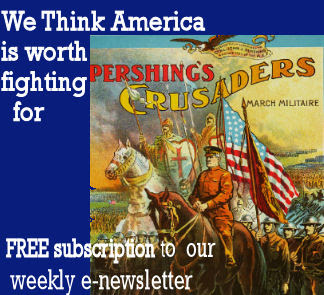 These attitudes are dangerous for a society since it makes all law subjective. While all have the right to protest and try to change unjust law, it is quite another thing for officials to arbitrarily determine law based on subjective feelings. When everyone begins to define law as they see fit, the consensus needed to govern is broken. The rule of law will no longer exist and order in society is threatened.

This is especially true when the link that has always connected American law to a higher natural law is weakened. When this happens (and it has long been happening) society is left without a moral compass. Only an objective moral order will save society from shipwreck. That is why it is important that the nation continue to engage in the grueling Cultural War for a return to order.