St.Dominic (+1073) was given the surname of Silos because he spent years in the monastery of that name. 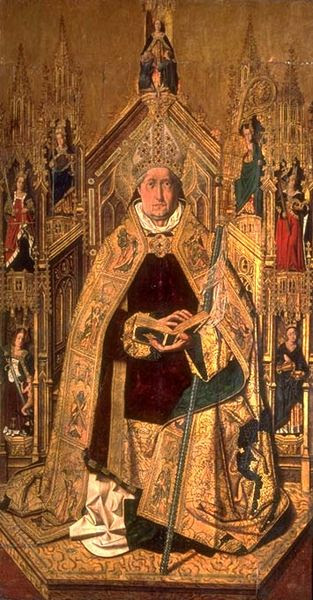 His ancestry dates back to the ancient kings of Navarre.  Having a great love of contemplation and prayer, he undertook the study of religion on his own.  Later he was ordained a Benedictine priest.

He was elected Abbot of the Silos monastery and soon restored it to its former glory through his prayer and diligence.  Besides curing the sick and lame, St. Dominic's special charity was for those poor Christians who were captured by the Muslims in Spain.

He often went to console them and to pay their ransom and save them from unspeakable torture, immoral practices and death.  Risking his own demise, St. Dominic set the standard for the future Order of Our Lady of Ransom founded in 1218.

Today, in many places, Christians are being tortured and martyred for the Faith.  What is our response?

The least we can do is to pray and offer sacrifices to Our Lady of Ransom for these Catholics, and to remove mediocrity from our souls that blocks us helping our fellow Catholics.  May St. Dominic of Silos give us the courage to face this rising threat to the West.