In your time of need, turn to the Rosary for help!!!

More than ever, Catholics need to grab on to the Rosary and to pray with all our might.  Because we are faced with situations in our private lives and in the Church that are very serious and confusing.

Let us take comfort in the fact that, for centuries, Catholics have turned to the Rosary to overcome problems big and small.

It has won battles, fought off heresies and wrought countless miracles. A multitude of saints and popes have endorsed it. Pope Pius IX declares, "Among all the devotions approved by the Church, none has been so favored by so many miracles as the Rosary devotion." 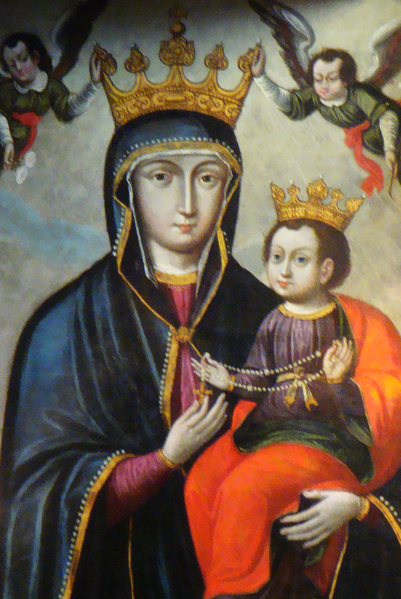 The Rosary’s efficacy proven in history

We need only to recall how Pope Pius V convoked the Christian world to pray the Rosary to ask God for victory in the crusade against the Ottoman Turks which culminated in a famous sea battle at Lepanto in 1571. And when the Turkish fleet were repulsed and vanquished, the elated pontiff established the Feast of the Most Holy Rosary on October 7 in thanksgiving to the Mother of God.

There is also the story of eight German Jesuits who lived just a kilometer away from ground zero when the A-bomb exploded in Hiroshima, Japan in August 1945. They attributed their miraculous survival to observing the message of Fatima by praying the Rosary daily.[1]

And how can one explain the sudden pullout of the Russians from Austria in 1948? A striking quandary to military experts and historians, but not to men of faith who know that 70,000 Austrians under the leadership of Father Petrus Pavlicek prayed daily rosaries to drive the militant forces of atheistic Marxism from their country.[2]

Never out of fashion

Nihil sub sole novum.( Ecclesiastes 1:10.) There is nothing new under the sun as the famous line goes. What more can be added to the glories of the Rosary?

This most revered of Catholic devotions never goes out of vogue. As one website reveals, personal testimonies show the power and relevance of the Rosary in our days. From something trivial as passing a driving test to escaping a horrendous vehicular accident unscathed, people keep having recourse to the Rosary.

More recently, a survivor’s gripping account gives yet again another convincing testimony of the power of the Rosary. A 25 year-old female student who lost her brother and her mother in the terrorists attack in the Chaldean Catholic Church in Baghdad on October 31, 2010 relates[3],

“Next to my brother, there was also a woman who was bleeding profusely.  She asked the terrorist: ‘Kill me, please, do not let me suffer any more.’ He answered her: ‘No, suffer; that way you will experience hell on earth and after your death.’  And he repeated: ‘You are infidels, Allah ou akbar!’  And I, then, prayed the rosary, with my head bent down towards the floor.  A terrorist came and asked me: ‘What are you praying?  What do you venerate?  Do you venerate Christ?’  And then, some grenades exploded and we truly had the impression that the church was going to collapse on us.  I myself absolutely did not think that I would survive.  I prayed as if I was about to die.  It is Our Mother who saved us.”

Needed more than ever in our times

Amid that horrific bedlam and terrible carnage, the student courageously hung on to her rosary and prayed even as the Islamic terrorist accosted her. By the grace of God, she was spared from death.

That was chaos on a smaller scale. On a grander scale we find ourselves amid the turmoil and moral corruption of our times, mankind continues to flaunt the sins of abortion, homosexuality, pornography, drug abuse and many more grave offenses against God with wanton abandon.

Our Lady gave her maternal warnings at Fatima. And like a true mother, she also gave the solution. She asked for the daily recitation of the Rosary and requested the establishment of the devotion to Her Immaculate Heart as well as the Five First Saturday devotion. Sadly her maternal warnings remain largely unheeded.

Our Lady also assured us that “In the end, my immaculate Heart will triumph.” But at a time when all seems lost humanly speaking, when events turn for the worst, we must not give in to the temptation that her promises are empty. We must confide in her and reject that temptation with all our hearts and minds.

We do have a powerful weapon in the Rosary. Let us cling to it and ask our heavenly Mother to intercede for us and intervene for the greater glory of God. Historical antecedents show how the Rosary gave victory to those who prayed it assiduously with faith. Let us expect no less during our tumultuous times. Let us pray the Rosary daily and look forward to a glorious Catholic Civilization in the Reign of Mary as St. Louis Grignion de Montfort prophesied.

"Give me an army saying the Rosary and I will conquer the world." Pope Pius IX

Posted by Robert Ritchie at 6:11 PM