Here’s how to set up a Public Square Nativity Scene

This photo shows the Public Place Nativity set up by Dr. E. Canton as seen from Ponce de Leon St, in Coral Gables, which we had reported on earlier. 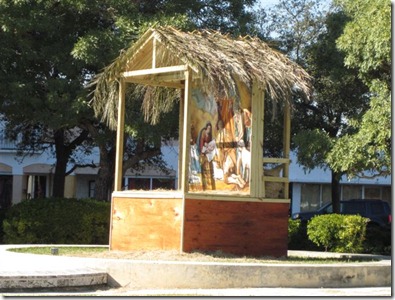 Below is a photo that shows another big Nativity Scene set up by Mr. Eduardo Arvesu, which is ten blocks east of Dr. Canton's in the heart of Coral Gables Alhambra Lane, and Ponce de Leon Blvd.  Miracle Mile Coral Gables Main St. is a block to the South. 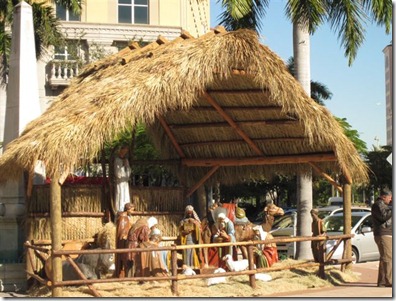 Because of the numerous banks, restaurants and offices, there is a lot of foot traffic especially at lunch time and at the evening rush.  Families from all over Dade County come to take and have their picture taken in front of the Nativity Scene.