St. Damasus lived from about 305 AD to 384 AD.  According to St. Jerome, who was his secretary, St. Damasus was "an incomparable person, learned in the Scriptures, a virgin doctor of the virgin Church, who loved chastity and heard its praises with pleasure." 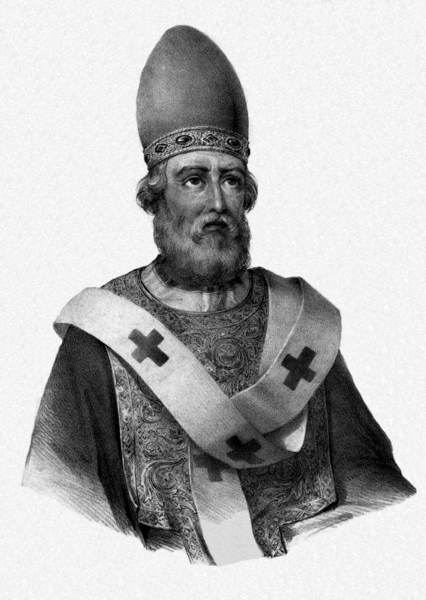 It was chastity that gave him the clarity of vision to fulfill his duties as Vicar of Christ in a most saintly fashion.  During his pontificate,  he fiercely denounced Arianism and other heresies that were seeking to destroy the One True Church.

As Defender of the Faith, St. Damasus was instrumental in having Christianity declared the official religion of the Roman state.  He encouraged St. Jerome to develop the Vulgate translation of Sacred Scripture which the Council of Trent deemed to be totally authentic.  Latin became the Church’s official language at this time.

We ask Pope St. Damasus, through the intercession of Our Lady, for the virtue of purity --  purity of soul that allows us to distinguish heresy from true Catholic doctrine.  We ask this great Saint Pope for the grace to defend Truth after a heresy is unmasked with unfailing vigor,  not stopping until the last vestige is annihilated.

Posted by Robert Ritchie at 8:55 PM