Why lower things were made to serve the higher ones…

The Universe, the Church, and Civil Society Reflect the Love of God in an Organic Inequality

For, He who created and governs all things has, in His wise providence, appointed that the things which are lowest should attain their ends by those which are intermediate, and these again by the highest.

Thus, as even in the kingdom of heaven He hath willed that the choirs of angels be distinct and some subject to others, and also in the Church has instituted various orders and a diversity of offices, so that all are not apostles or doctors or pastors (1 Cor. 12:28), so also has He appointed that there should be various orders in civil society, differing in dignity, rights, and power, whereby the State, like the Church, should be one body, consisting of many members, some nobler than others, but all necessary to each other and solicitous for the common good. (Catholic World, Vol. 27 [March 1879], p. 854). 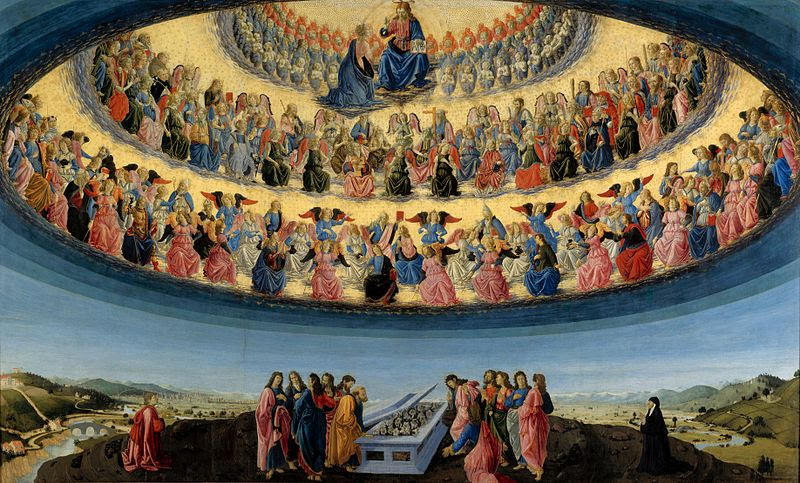 The Assumption of the Virgin by Francesco Botticini at the National Gallery London, shows three hierarchies and nine orders of angels, each with different characteristics

Posted by Robert Ritchie at 5:12 PM