Considerations About The Death of Bin Laden: Legitimate and Illegitimate Rejoicing


The extraordinary feat of the Navy Seals taking the compound where Bin Laden was hiding by surprise, and killing him, gave rise to manifestations of joy among numerous people who saw themselves free from an implacable enemy of the nation and because justice had been served on the mastermind of the 9/11 attack which killed 2,977 people, mostly Americans.1

Following this spontaneous explosion of jubilee — which led many thousands to celebrate in front of the White House, Times Square, Ground Zero and university campuses around the nation — statements and comments from the most varied sources multiplied. Some of them condemned this jubilee, while others qualified it.

Indeed, we should never rejoice with the harm suffered by a fellow human being. Nor should we wish him this harm. This moral norm stems from the principle of solidarity and charity which unites us to all other human beings as our brothers and sisters.2

…But It Is Licit to Rejoice at the Triumph of Justice

However, it is another thing altogether, for us to rejoice, not with the harm done to another, but with the good that stems from this. For example, there is the joy at seeing the elimination of a cruel and pitiless criminal who endangers all of society, or, on a higher plane, we might have the joy of seeing that justice has been done.

It is in this sense that King David affirms: “The just shall rejoice when he shall see the revenge” (Psalm 57:11). 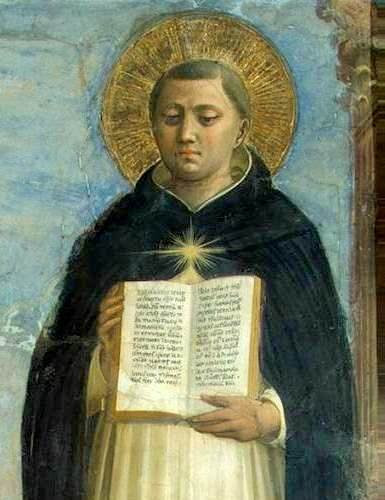 Thus, we read in the Supplement to the Summa Theologica of Saint Thomas Aquinas:

“A thing may be a matter of rejoicing in two ways. First directly, when one rejoices in a thing as such: and thus the saints will not rejoice in the punishment of the wicked. Secondly, indirectly, by reason namely of something annexed to it: and in this way the saints will rejoice in the punishment of the wicked, by considering therein the order of Divine justice and their own deliverance, which will fill them with joy.”3

When discussing the virtue of charity, Saint Thomas Aquinas says one should consider two things in a sinner: (a) that his nature comes from God, and is therefore good; (b) that his sin does not proceed from God and it turns the sinner into an enemy of the Creator.

While the sinner should be loved for the first of these, in other words, for his nature, “in respect of their guilt whereby they are opposed to God, all sinners are to be hated, even one’s father or mother or kindred, according to Luke 14. For it is our duty to hate, in the sinner, his being a sinner, and to love in him, his being a man capable of bliss; and this is to love him truly, out of charity, for God’s sake.”4

Upright Vengeance is Part of Justice

In another part of the Summa Theologica, when discussing the virtue of justice, the Angelic Doctor writes about the virtue of vengeance that is linked to justice (through the virtue of observance). Obviously, this virtue has nothing in common with personal revenge, which stems from a purely personal hatred, but rather with that which flows from a love of justice, as seen in the expression: “a crime [or sin] that cries out to God for vengeance.”

▪Personal vengeance is not licit
Saint Thomas explains that it is not licit for anyone to avenge themselves on their own, for as Holy Writ affirms, “Vengeance is mine, I will repay, says the Lord” (Deut. 32:35; cf. Romans 12:19).

▪God Himself will avenge the just
However, the saint adds, Sacred Scripture also states that God Himself will avenge the just: “Will not God revenge His elect who cry to Him day and night?” (Luke 18:7). He goes on to explain that this means vengeance cannot be wrong in itself, seeing that God engages in it. And thus he concludes: “Therefore vengeance is not essentially evil and unlawful.”

If vengeance, then, is not evil per se, its licitness hinges on the intention with which it is exercised. Vengeance will be good or evil depending on the intention of he who exercises it being good or evil. Thus, the saint continues, “if his intention [of the avenger] is directed chiefly to the evil of the person on whom he takes vengeance and rests there, then his vengeance is altogether unlawful: because to take pleasure in another’s evil belongs to hatred, which is contrary to the charity whereby we are bound to love all men.”

Just Vengeance is a Virtue

Saint Thomas concludes saying that if “the avenger’s intention be directed chiefly to some good, to be obtained by means of the punishment of the person who has sinned (for instance that the sinner may amend, or at least that he may be restrained and others be not disturbed, that justice may be upheld, and God honored), then vengeance may be lawful, provided other due circumstances be observed.”5

This act of vengeance — which proceeds from the love of God and zeal for justice — Saint Thomas adds, is not only legitimate, but is a virtue, since “the punishment of sins, … so far as it is concerned in defending the rights of the individual by whom a wrong is resisted, it belongs to the virtue of revenge.” This virtue has its root in charity, because “[z]eal, as denoting the fervor of love, signifies the primary root of vengeance, in so far as a man avenges the wrong done to God and his neighbor, because charity makes him regard them as his own. Now every act of virtue proceeds from charity as its root, since, according to [St.] Gregory (Hom. xxvii in Ev.), ‘there are no green leaves on the bough of good works, unless charity be the root.’”6

The Good and Bad Joy Over the Death of Bin Laden

Therefore, insofar as public opinion saw the death of Bin Laden as the fruit of zeal in avenging “the wrong done to God and his neighbor,” a punishment inflicted upon a terrorist who was an enemy of the One and Triune God7 and of America, which he harmed greatly, inspiring and directing attacks like that of 9/11, then the manifestations of joy had a legitimate and healthy foundation.

If, on the contrary, such jubilee was fruit of a personal hatred only directed against Bin Laden as a human person and not because he was a malefactor and a terrorist, then it was an illegitimate and blameworthy rejoicing.

This notwithstanding, although we cannot scrutinize the most profound dimensions of human acts, we may — guided by the virtue of prudence — come to some degree of certainty in the judging of human actions basing ourselves on observable external acts. If this were not true, then it would be impossible for man to discern good and evil in human deeds and to make practical decisions that allow him to act properly.8

Wishful Thinking does not Change Reality

Lastly, the fact that we would have wanted Bin Laden to convert and transformed himself into a great saint does not alter the evidence from the facts, namely, that he was and continued to be a terrorist who was resolved to impose Islamism on the whole world by means of propaganda and terror.

Posted by Robert Ritchie at 3:07 PM