What ONE mother did to STOP evil 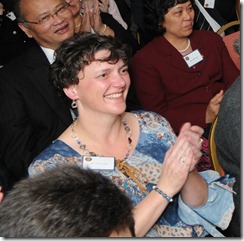 It will also show how evil only advances when the silent majority sits by and does nothing when they see immoral things going on.
In this specific case, in October 2010, a mother from Lyons, NY, was driving by the local VFW and a sign that advertised for a "drag queen" to perform there.

She decided to pray a St. Michael prayer in reparation every time she passed that same location.

A few months later, she saw a sign for "male strippers!" at the same VFW.  This was even more shocking than the previous sign advertising for a “drag queen.”  This was to much, the mother from Lyons thought.

Then and there she decided it was time to join action to her prayers.  She got out her little laptop and went into action.

Our Lady gave her all the right words and she wrote out and sent a complaint directly to the District Commander of the VFW.  She also sent an email message to all of her family and friends in TFP and America Needs Fatima asking them to do likewise.

Many TFP and ANF members and supporters wrote and complained about the obscene event to the District Commander of the VFW.

Mr. Vanderpool, responded immediately to our good mother in Lyons, and to the others who had complained as well.

He then visited the local VFW post in that town.  Mr. Vanderpool closed down the horrible “male stripper” event and the entire situation was happily resolved in a matter of a few days!

This story is a perfect example of how one mother can stop evil.  All it takes is some outrage and a little courage and God and Our Lady do the rest.

How wonderful it would be if more people followed this lady’s good example.

Posted by Robert Ritchie at 9:29 AM