10 Reasons Why Homosexual “Marriage” is Harmful and Must be Opposed

These ten reasons why homosexual “marriage” is harmful and must be opposed will help you to defend marriage as the union between one man and one woman. 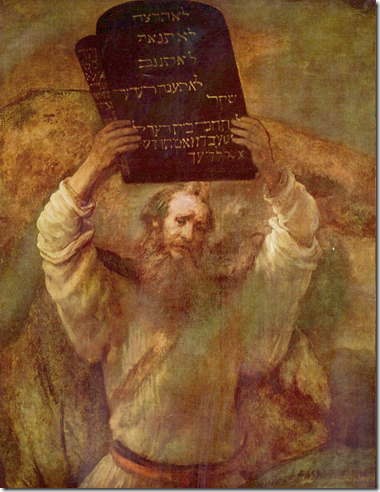 1. It Is Not Marriage
Calling something marriage does not make it marriage. Marriage has always been a covenant between a man and a woman which is by its nature ordered toward the procreation and education of children and the unity and wellbeing of the spouses.
The promoters of same-sex “marriage” propose something entirely different. They propose the union between two men or two women. This denies the self-evident biological, physiological, and psychological differences between men and women which find their complementarity in marriage. It also denies the specific primary purpose of marriage: the perpetuation of the human race and the raising of children.
Two entirely different things cannot be considered the same thing.


2. It Violates Natural Law
Marriage is not just any relationship between human beings. It is a relationship rooted in human nature and thus governed by natural law.
Natural law’s most elementary precept is that “good is to be done and pursued, and evil is to be avoided.” By his natural reason, man can perceive what is morally good or bad for him. Thus, he can know the end or purpose of each of his acts and how it is morally wrong to transform the means that help him accomplish an act into the act’s purpose.
Any situation which institutionalizes the circumvention of the purpose of the sexual act violates natural law and the objective norm of morality.
Being rooted in human nature, natural law is universal and immutable. It applies to the entire human race, equally. It commands and forbids consistently, everywhere and always. Saint Paul taught in the Epistle to the Romans that the natural law is inscribed on the heart of every man. (Rom. 2:14-15)

3. It Always Denies a Child Either a Father or a Mother
It is in the child’s best interests that he be raised under the influence of his natural father and mother. This rule is confirmed by the evident difficulties faced by the many children who are orphans or are raised by a single parent, a relative, or a foster parent.
The unfortunate situation of these children will be the norm for all children of a same-sex “marriage.” A child of a same-sex “marriage” will always be deprived of either his natural mother or father. He will necessarily be raised by one party who has no blood relationship with him. He will always be deprived of either a mother or a father role model.
Same-sex “marriage” ignores a child’s best interests.

4. It Validates and Promotes the Homosexual Lifestyle
In the name of the “family,” same-sex “marriage” serves to validate not only such unions but the whole homosexual lifestyle in all its bisexual and transgender variants.
Civil laws are structuring principles of man's life in society. As such, they play a very important and sometimes decisive role in influencing patterns of thought and behavior. They externally shape the life of society, but also profoundly modify everyone’s perception and evaluation of forms of behavior.
Legal recognition of same-sex “marriage” would necessarily obscure certain basic moral values, devalue traditional marriage, and weaken public morality.

5. It Turns a Moral Wrong into a Civil Right
Homosexual activists argue that same-sex “marriage” is a civil rights issue similar to the struggle for racial equality in the 1960s.
This is false.
First of all, sexual behavior and race are essentially different realities. A man and a woman wanting to marry may be different in their characteristics: one may be black, the other white; one rich, the other poor; or one tall, the other short. None of these differences are insurmountable obstacles to marriage. The two individuals are still man and woman, and thus the requirements of nature are respected.
Same-sex “marriage” opposes nature. Two individuals of the same sex, regardless of their race, wealth, stature, erudition or fame, will never be able to marry because of an insurmountable biological impossibility.
Secondly, inherited and unchangeable racial traits cannot be compared with non-genetic and changeable behavior. There is simply no analogy between the interracial marriage of a man and a woman and the “marriage” between two individuals of the same sex.

Taking a Principled not a Personal Stand
In writing this statement, we have no intention to defame or disparage anyone. We are not moved by personal hatred against any individual. In intellectually opposing individuals or organizations promoting the homosexual agenda, our only intent is the defense of traditional marriage, the family, and the precious remnants of Christian civilization.
As practicing Catholics, we are filled with compassion and pray for those who struggle against unrelenting and violent temptation to homosexual sin. We pray for those who fall into homosexual sin out of human weakness, that God may assist them with His grace.
We are conscious of the enormous difference between these individuals who struggle with their weakness and strive to overcome it and others who transform their sin into a reason for pride and try to impose their lifestyle on society as a whole, in flagrant opposition to traditional Christian morality and natural law. However, we pray for these too.
We pray also for the judges, legislators and government officials who in one way or another take steps that favor homosexuality and same-sex “marriage.” We do not judge their intentions, interior dispositions, or personal motivations.
We reject and condemn any violence. We simply exercise our liberty as children of God (Rom. 8:21) and our constitutional rights to free speech and the candid, unapologetic and unashamed public display of our Catholic faith. We oppose arguments with arguments. To the arguments in favor of homosexuality and same-sex “marriage” we respond with arguments based on right reason, natural law and Divine Revelation.
In a polemical statement like this, it is possible that one or another formulation may be perceived as excessive or ironic. Such is not our intention.

6. It Does Not Create a Family but a Naturally Sterile Union
Traditional marriage is usually so fecund that those who would frustrate its end must do violence to nature to prevent the birth of children by using contraception. It naturally tends to create families.
On the contrary, same-sex “marriage” is intrinsically sterile. If the “spouses” want a child, they must circumvent nature by costly and artificial means or employ surrogates. The natural tendency of such a union is not to create families.
Therefore, we cannot call a same-sex union marriage and give it the benefits of true marriage.
7. It Defeats the State’s Purpose of Benefiting Marriage
One of the main reasons why the State bestows numerous benefits on marriage is that by its very nature and design, marriage provides the normal conditions for a stable, affectionate, and moral atmosphere that is beneficial to the upbringing of children—all fruit of the mutual affection of the parents. This aids in perpetuating the nation and strengthening society, an evident interest of the State.
Homosexual “marriage” does not provide such conditions. Its primary purpose, objectively speaking, is the personal gratification of two individuals whose union is sterile by nature. It is not entitled, therefore, to the protection the State extends to true marriage.
8. It Imposes Its Acceptance on All Society
By legalizing same-sex “marriage,” the State becomes its official and active promoter. The State calls on public officials to officiate at the new civil ceremony, orders public schools to teach its acceptability to children, and punishes any state employee who expresses disapproval.
In the private sphere, objecting parents will see their children exposed more than ever to this new “morality,” businesses offering wedding services will be forced to provide them for same-sex unions, and rental property owners will have to agree to accept same-sex couples as tenants.
In every situation where marriage affects society, the State will expect Christians and all people of good will to betray their consciences by condoning, through silence or act, an attack on the natural order and Christian morality.
9. It Is the Cutting Edge of the Sexual Revolution
In the 1960s, society was pressured to accept all kinds of immoral sexual relationships between men and women. Today we are seeing a new sexual revolution where society is being asked to accept sodomy and same-sex “marriage.”
If homosexual “marriage” is universally accepted as the present step in sexual “freedom,” what logical arguments can be used to stop the next steps of incest, pedophilia, bestiality, and other forms of unnatural behavior? Indeed, radical elements of certain “avant garde” subcultures are already advocating such aberrations.
The railroading of same-sex “marriage” on the American people makes increasingly clear what homosexual activist Paul Varnell wrote in the Chicago Free Press:
The gay movement, whether we acknowledge it or not, is not a civil rights movement, not even a sexual liberation movement, but a moral revolution aimed at changing people's view of homosexuality.
10. It Offends God
This is the most important reason. Whenever one violates the natural moral order established by God, one sins and offends God. Same-sex “marriage” does just this. Accordingly, anyone who professes to love God must be opposed to it.
Marriage is not the creature of any State. Rather, it was established by God in Paradise for our first parents, Adam and Eve. As we read in the Book of Genesis: “God created man in His image; in the Divine image he created him; male and female He created them. God blessed them, saying: ‘Be fertile and multiply; fill the earth and subdue it.’” (Gen. 1:28-29)
The same was taught by Our Savior Jesus Christ: “From the beginning of the creation, God made them male and female. For this cause a man shall leave his father and mother; and shall cleave to his wife.” (Mark 10:6-7).
Genesis also teaches how God punished Sodom and Gomorrah for the sin of homosexuality: “The Lord rained down sulphurous fire upon Sodom and Gomorrah. He overthrew those cities and the whole Plain, together with the inhabitants of the cities and the produce of the soil.” (Gen. 19:24-25)

Posted by Robert Ritchie at 6:06 PM