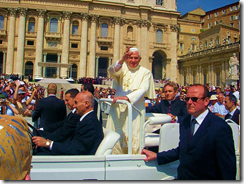 The new media uproar against the Pope centers on some comments by Benedict XVI on his recent flight to Cameroon.

Answering a question by a news reporter, the pontiff affirmed that far from being an effective means to fight AIDS, condom use only makes the problem worse; and that the real solution is to educate people about chastity, fidelity and the sanctity of matrimony.

Leading newspapers in the West and politicians from many European countries and NGOs linked to the United Nations and the European Union accused the Pope of ignorance, rashness and stopped just short of calling him a criminal, an accusation actually made by some ACT-UP homosexual activists protesting in front of Notre Dame Cathedral in Paris.[1]

To examine the matter in rational and non-emotional terms, what, in short, did the Pope say?

1. The AIDS problem cannot be overcome by the distribution of condoms: on the contrary, they only make matters worse.

2. The true solution is abstinence and monogamy.

Far from being absurd, as media demagoguery would have us believe, these two statements have been fully confirmed by experience and recognized by scientists involved in the prevention and control of AIDS.

According to the Centers For Disease Control and Prevention (CDC), HIV is primarily found in the body fluids of an infected person. HIV is transmitted in three main ways:

•Having sex with someone infected with HIV

• Sharing needles and syringes with someone infected with HIV

• Being exposed (fetus or infant) to HIV before or during birth or through breast feeding.[2]

Sexual contact is the most common of the three causes and the one that causes greater controversy.

Could condom use be the solution?

This is what the CDC says:

“It should be noted that condom use cannot provide absolute protection against HIV. The surest way to avoid transmission of HIV is to abstain from sexual intercourse or to be in a long-term mutually monogamous relationship with a partner who has been tested and you know is uninfected.”[3]

In the very editorial criticizing the statements of Benedict XIV, The New York Times ends up by recognizing that he is right. Speaking about condom effectiveness to prevent AIDS, after mentioning the CDC and the Cochrane Collaboration organization, the Times warns: “However, both groups warned that condom use cannot provide absolute protection. (...) The best way to avoid transmission of the virus is to abstain from sexual intercourse or have a long-term mutually monogamous relationship with an uninfected person.”[4]

The Pope Is Scientifically Correct

For his part, in an interview with MercatorNet.com regarding the above-mentioned statements by Pope Benedict, Dr Edward C. Green, director of the AIDS Prevention Research Project at the Harvard Center for Population and Development Studies, and author of five books and over 250 peer-reviewed articles, said, “The Pope is actually correct.”

According to Dr. Green, widespread condom usage “may even exacerbate HIV infection levels due to a phenomenon called risk compensation, or behavioral disinhibition. People take more sexual risks because they feel safer than is actually justified when using condoms.”[5] 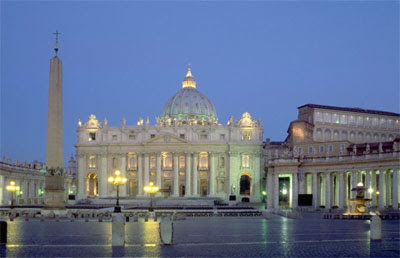 Thus, the only entirely safe means to avoid AIDS contagion, in sexual terms, is the one indicated by the Pope, which is none other than the teaching of Catholic morals and ethics based on natural law. Only monogamous and indissoluble sexual relationships between legitimate spouses can effectively solve a problem derived in most cases from sexual promiscuity.

Therefore, people seriously interested in combating this new scourge should be great defenders of chastity and promoters of educational programs to preserve or recover purity.
Ideological Bias In Combating AIDS

This conclusion, deduced from moral principles, is confirmed by science.

In an article in the magazine, First Things, the above-mentioned Dr. Edward C. Green emphasizes: “If AIDS prevention is to be based on evidence rather than ideology or bias, then fidelity and abstinence programs need to be at the center of programs for general populations.”[6]

For his part, Dr. James D. Shelton, Science Advisor, Bureau for Global Health, USAID, though accepting the use of condoms in principle, says that the claim that “condoms are the answer” is a myth.

In an article in the scientific journal, The Lancet, entitled “Ten myths and one truth about generalized HIV epidemics,” he writes:

“Condom use, especially by sex workers, is crucial to the containment of concentrated epidemics, and condoms help to protect some individuals. But condoms alone have limited impact in generalized epidemics. Many people dislike using them (especially in regular relationships), protection is imperfect, use is often irregular, and condoms seem to foster disinhibition, in which people engage in risky sex either with condoms or with the intention of using condoms.”

Another myth Dr. Shelton points out is that sexual behavior will not change. In fact, he says, sexual behavior in the United States and Africa after 1980 has changed a lot, particularly among homosexuals, for fear of AIDS.[7]

The ideological component in the combat against the AIDS epidemic is blatant.

Let us make a comparison. Seemingly, it has been demonstrated that smoking is bad for one’s health. Based on this assumption, an intense anti-smoking campaign has been carried out for many decades.

This campaign proposes the complete elimination of the smoking addiction and has given rise to many laws limiting smoking as much as possible. At the same time, there have been many educational campaigns to get people to stop smoking.
Instead, when it comes to AIDS, no one proposes that people quit having promiscuous sex but only that they be careful. Is this not to expose them to a kind of sexual “Russian roulette” where they run a risk of contagion?

The Mask Falls, And Anti-Clericalism Again Rears Its Head

What is the ideology behind the pro-condom bias regarding the AIDS epidemic? It is the hedonistic philosophy born of the sexual revolution of the sixties in which it was “forbidden to forbid.” “Sexual liberation” was seen as the last conquest of secular society overcoming the prohibitions of natural law and Christian morals.

This is the true reason for the campaign to spread the use of condoms and for the present anti-clerical and anti-Catholic uproar.

This hullabaloo has become so virulent that a newspaper as important as Paris’ Le Monde published on March 18, 2009 a blasphemous cartoon showing Jesus on the bark of Peter throwing condoms to Africans while the Pope, portrayed as a decrepit fool, displays utter confusion and disconcert.

Thus, one can see that behind the “pro-condom offensive” is the old struggle of rationalism and secularism against the Church, ultimately against God, our Creator.

I, the copyright holder of this work, hereby publish it under the following licenses:

This file is licensed under the Creative Commons Attribution ShareAlike 3.0 License. In short: you are free to share and make derivative works of the file under the conditions that you appropriately attribute it, and that you distribute it only under a license identical to this one. Official license