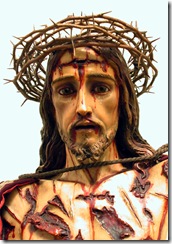 "But he that shall scandalize one of these little ones that believe in me, it were better for him that a millstone should be hanged about his neck, and that he should be drowned in the depth of the sea." - St. Matthew 18:6

A member of America Needs Fatima recently attended a presentation about human trafficking.  I am sure that you will be as shocked as I was to learn that estimates are that between 200,000 to 400,000 people are used in human trafficking as sexual objects for sale, many, as minors.

Parents should be very observant about what their children view on the Internet.  Many view such sites as facebook and myspace to be a harmless way to communicate with friends and family.  Of course this can be so, but human traffickers constantly monitor these sites in very sophisticated ways to attempt to ensnare a young vulnerable person.

They look for children who may have problems at home such as conflicts with their parents or siblings or friends who can be drawn into human trafficking.  They try to become the person's friend showing tremendous sympathy.  They lure the person with friendship, then, when they meet, if it is the right set of circumstances for the trafficker, it is all over with for the victim who then becomes a slave.

Sometimes, these poor individuals show up on websites as a potential sexual contact.  Price is not mentioned until the deal is closed.  It is very common that some of these individuals are human slaves, who are transported from city to city with the ads preceding them to establish contact, written by a professional. The police do on occasion apprehend such individuals, but not often enough.

Another source of danger can be a local library.  As you may have seen on an earlier blog entry, some libraries have pornographic materials and some also may have unfiltered computer access.  Such objects will always attract the more base elements of society who will be watching for an unsupervised child to strike up a "friendship" with.

Sites that allow such immoral practices, would in a Catholic society, be outlawed, and its owners imprisoned for the corruption of public morals.

I would imagine that many of the up to 400,000 come from broken homes and families living in disharmony without a strong religious life. Of course due to the social nature of sin which spreads like a contagious disease,  children can be abducted from good families as well.

Let us who are devoted to Our Lady, seek Her maternal protection over our children, and may we on our part, practice the vigilance that is necessary to protect our children in these dangerous times.

Posted by Robert Ritchie at 6:10 PM