"The Social Function of Private Property, the Club and the Knife..."

At first sight nothing is simpler or clearer: if A is the owner of his surplus goods, and the life of B is in danger because he lacks some of those goods and, moreover, if B has no way to pay A, a situation of conflict becomes established between A and B. 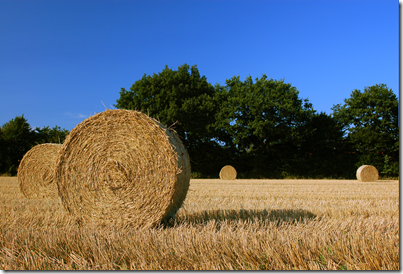 The right to life of B clashes with the right to property of A. Which of the two rights should prevail?

Obviously that of B, for the right of one to his life is notably greater than the right of another to his property.

Such a simple solution, which is so linked to the social function of private property, was the subject of profound analyses - masterpieces of subtlety and good sense - of the old Catholic moralists.

They argued whether the obligation of A to help B was a duty of charity or justice. And in the latter case, which kind of justice: commutative or distributive? And if it were distributive, if the beneficiary were to later acquire surplus goods, was he obliged to reimburse the benefactor?

In any case, would B owe gratitude to A, that is, affection, respect and help when it were necessary? And so it goes on to other matters, some of which are not at all simple, but all of which are very important not only for a Catholic's good moral formation but also for proper relationships among men.

To lend freely during the period of need? To give outright? I think that when the situation of B can be resolved by a simple loan, to demand a donation constitutes real abuse. It is a little like a baker having to give his bakery to an indigent who only needs a loaf of bread.

And, moreover, I think that as soon as the indigent obtains his needs, he should repay the one who gave him something or the use of something without charge as soon as he is able. And in any case the beneficiary is linked to the benefactor by the bonds of respect and gratitude. He owes him homage and help.

Of course, the "Catholic left" doesn't think like this. According to them the needy should always consider everyone who is well off a thief, one who wrongly possesses something to which the needy have strict right.

So, the needy have the right to simply march - with club and knife in hand, if necessary - on the well off and take from them whatever is necessary.

Who judges the quantity and quality of that necessity?

The one who is needy, especially since the demagogic hoopla of the leftist press is on his side. Without that hoopla and support the needy would never dare to take knife or club in hand.

The " Catholic left" says nothing, or practically nothing, about the role of Christian charity in peacefully resolving situations of this kind. The same goes for commutative justice, through which someone must pay for what he has bought and furnish what he has sold, and the distinction between this and distributive justice.

Even less is said about the duty of gratitude, homage and assistance to the beneficiary. The "Catholic left" attempts to wipe out all these noble obligations with one sole insult: "It smells like the Middle Ages."

So, armed with an impoverished notion of what social justice is, the "Catholic left" assaults the whole existing socioeconomic order, obviously much to the joy of all kinds of socialists, utopians liberals and terrorists.

The most curious thing is that the "Catholic left" does not hesitate to say that by acting in this way it is attempting to fully establish among men the principles of equality and fraternity which, considered from a certain angle, lose the subversive spirit given to them by the French Revolution.

Now, precisely the contrary actually happens. With its aggressive, impetuous social injustice without nuances, the "Catholic left" does nothing but introduce slavery among men.

Let us proceed to the facts. Until now, the choice of a profession has been considered an essential attribute of a free man. So also the choice of the place and the conditions in which this profession is practiced.

Let us consider a remote region to which many pioneers have gone. There is a lack of doctors, and sometimes someone dies for lack of treatment. Or perhaps there is a lack of decent homes since there are no engineers or master builders. Or, finally, perhaps the crime rate soars due to the lack of attorneys to take up the defense of genuine rights. Suppose that in neighboring regions there are plenty of doctors, lawyers and engineers.

The consequence is that there is a clash between, on one hand, the right to life, decent housing, and the personal safety of the pioneers, and on the other, the right of doctors, lawyers and engineers to practice their profession where they choose. The state of conflict between A and B described in the beginning of this article is repeated.

Now, not only private property but all human rights have a social function. Therefore, with a simplistic and demagogic reasoning on the issue the pioneers could demand that the above-mentioned professionals move into their area.

This would necessarily result in a right of the State to requisition those professionals it pleased and send those poor intellectual muzhiks (Russian peasants) where it pleases.

But, analyzing things well, it would not be difficult to discover a hundred other similar situations: dentists, people who own X-ray, laboratory, and hospital equipment, recreational equipment (is this not also indispensable to human life?), professors, etc.

All this could be extracted with tweezers from the "privileged" parts of the great cities and redistributed in the outskirts, or be picked out of there to be spread all over our immense hinterland and be put on the trails of the pioneers wherever they go in their quest for riches... for themselves.

But there is more.

If the flow of candidates into a certain indispensable profession were to decrease, the State would have the right to make the appropriate inquiries in high schools to determine which of the poor children have aptitudes for it and oblige them to follow that career, even against their will or that of their parents: social function.

Thus simplistically and demagogically understood, the social function promises liberty and equality, but creates a new class of muzhiks - the Russian communist type of slave.

When I think of all this I feel like crying out: "Social function, social function! How many injustices, and even crimes are threatening all of us in your name."

This file is licensed under Creative Commons Attribution ShareAlike 2.0 License

Posted by Robert Ritchie at 3:31 PM