Friends and supporters TFP-ANF gathered in front of Washburn University in Topeka, Kansas, to pray the Rosary and peacefully protest the vulgar and offensive play called the V-Monologues. 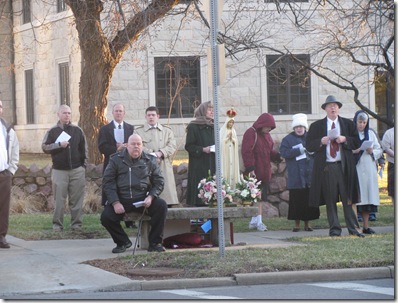 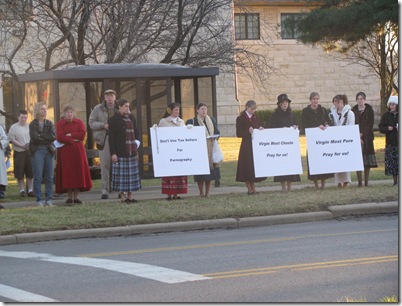 This is how one student described the play after seeing it:

“…it was a horrible exhibit of vice, lust, and infidelity. Everything about the play – the content, the performers, the atmosphere – was decidedly opposed to just about everything the Church teaches, whether it be about sexuality, abortion, contraception, holy matrimony, modesty, chastity, vulgarity, humility, reverence, you name it. 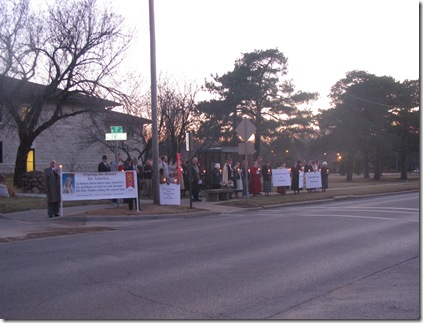 Towards the end, prayer warriors said the Consecration to the Immaculate Heart of Mary composed by Saint Louis de Montfort and held candles in protest of the terrible and sinful V-Monologues play.

Please contact the University and express your polite yet firm rejection of the V Monologues: