Legislation on labor is indispensable; it can be just, it can even be excellent. But if workers are given every possible right while social security and other taxes, levied in the name of social welfare, take away all possibility of savings, a brutal blow will have been dealt against the world of labor. 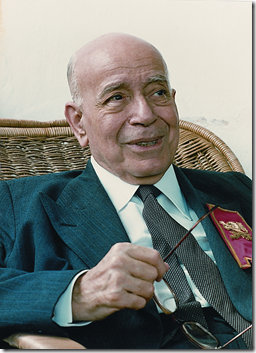 A FRIEND of mine of German extraction, who is just becoming initiated into the savory and succulent delicacies of Portuguese literature, recently told me about the passage I have transcribed below. Let us savor it together, word by word, or better, drop by drop. At times we will delight in the lush foliage of precise expression, at others with the charm of the old Portuguese ambience that took shape before his eyes, and that has returned to mine which contemplated it long ago.

Is there anyone of my generation who didn't read The Fidalgos of the Moorish House, by Julio Diniz? I suppose that in succeeding generations there are also numerous readers of the celebrated romance.

However, let it be said in passing that this work has an egalitarian side little to my liking. But, at the moment, this is not in question.

"Rich father, noble son, poor grandson": the well known adage contains an important truth. But, according to the way it is understood, it also contains a grave error, for it is in the nature of things that a wealthy family attempt to better the formation of its children in every possible way. It is equally in the nature of things that this formation, becoming solidified and perfected down through the generations, constitute a body of family traditions that inspire devotion and respectability and exert influence. Whatever form of government may exist — therefore, with or without titles of nobility — an aristocracy is thus formed. This new situation can be seen by the family in either a superficial or a profound way. In the former case, necessities, hardships, and struggles seem to become things of the past. Just enjoy. Once this point of view is accepted, the family begins to fall into decadence. Orgies, the foolishness of incompetent managers, thefts by dishonest suppliers, not to mention the disastrous collapses resulting from unviable, fantastic ventures — all this tarnishes the family name. The era of the "poor grandson" begins.

But if the family ennobled by labor understands that its difficulties, hard­ships and struggles will not cease to exist, but only change their forms, the "rich father" will not be succeeded by the "poor grandson." If the "rich father" knew how to teach his "noble son" that his situation is as precarious as his grand­father's; and that he has even more at stake ("the greater the height, the greater the fall"); that the danger facing the noble is that of becoming soft, diluted and rotten; that the state of being noble — with or without the title, I repeat — im­poses on him much more onerous duties than on ordinary men; then the family can become firmly established and grow even more robust by giving each new generation new wealth of soul and tradi­tion. Traditional family elites from top to bottom in the social scale, behold what you should desire!

But in his romance, Julio Diniz makes the opposite more or less understood. The elites inevitably decay, and the up­ward march of the bourgeoisie of his time was to replace the old aristocracy with a more egalitarian world. The nobles who wanted to live on must adopt the methods and styles of the nouveau riche, and not the other way around.

This is the context of the meeting of George, one of the young nobles of the Moorish House, and Tomé da Povoa, a local laborer enriched as a result of his incessant efforts.

George listened attentively to Tomé da Povoa, who was telling him how he had made it: "What a day that was, George! I can't tell you how I felt! Heavens! I came back from the master's office with the deed in my pocket, trembling, my heart leaping within me like a child; I furtively opened the gate of the farm, and alone, like a thief, with no one to see me, I went in. I tell you, I was almost mad! I even spoke out loud. I even remember what I said at finding myself there inside: This is mine! And after I knew it was mine, it all seemed different to me. Mine! I never tired of repeating that word! Mine! These trees were mine, these fountains were mine, even the birds up there singing were mine because they came to make their nests in what belonged to me. You'll surely laugh if I tell what I did. I embraced those trees, I pat­ted those walls with my hands, I splashed in those basins, I drank from those foun­tains, I laid down in the shade of those trees, I sang, I leaped, I wept... This came to me for being honest and true to my word... From that moment on I knew what it was to love the earth. From the sowing to the harvest it meant ceaselessly tending the fields. I took as much pleasure in seeing my crops grow as I did in seeing my children grow; each new sprout was like a new birth in the house. I measured the growth of the trees I had planted, and counted each fruit I brought in from the orchards. In the be­ginning it was almost madness. This is my life. God helped me, and from then on all went well" (Julio Diniz, The Fidalgos of the Moorish House, Livraria Lelo e Irmão, Lisbon, pp. 43-44).

What is the purpose of all this, my reader? Now, at the end of the XX cen­tury, hasn't the past pushed aside the noble-plebian issue? Upon considering the immediate reality, almost everything would say so. But what about the problem equality-inequality, which is more alive than ever in the false antithesis property-labor. And in this passage, Ju­lio Diniz gives us the feeling that, given human nature as it is, property is born from labor as a flower blossoms from the stem. The hope of becoming an owner leads labor to the fullness of its impetus, to its total fertility, and to its heroic continuity.

With this hope, labor is like the waters of a river that flow happily and swiftly, rushes over rocks singing sweetly, swirls into foam, and finally reaches the sea. Without it, labor is like a river of heavy waters, flowing slowly and lazily, resigned to zigzagging caprices in order to avoid obstacles instead of overcoming them, overflowing here and there and flooding adjoining tracts, with waters that become stagnant and whose surface is covered by dead leaves and the endless, futile dancing of insects.

Legislation on labor is indispensable; it can be just, it can even be excellent. But if workers are given every possible right while social security and other taxes, levied in the name of social welfare, take away all possibility of savings, a brutal blow will have been dealt against the world of labor.