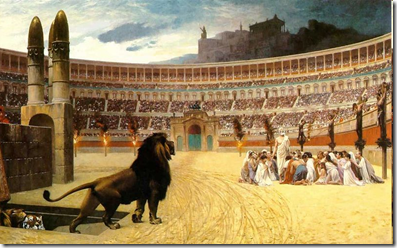 In Her 2,000-year history, the Catholic Church has suffered untold persecutions, some bloody, others not; some public and declared, others veiled and insidious.

Sadly, the persecution at times is instigated by dissidents within the bosom of the Church, attempting to harness the State’s coercive power to muscle into the Church their unorthodox reforms.

The American Society for the Defense of Tradition, Family, and Property suggests that this is the type of persecution at play with SB 1098 and calls on all Americans to reject and protest this legislative measure.  If enacted, this bill would constitute an unconstitutional and iniquitous governmental intrusion in the internal administration and government of the Roman Catholic Church.

SB 1098 was introduced in the Connecticut General Assembly in early March 2009 and deals exclusively with the Roman Catholic Church.

This bill repeals elements of present Connecticut law (Section 33-279) that respect the Church’s divinely instituted hierarchical form of government under its bishops and mandates structural changes empowering the laity at the expense of Church hierarchy.

Thus, under the bill, “the general administrative and financial powers of the [parish] shall be exercised by [a] board of directors.” These directors are to be “elected from among the lay members of the congregation.” The diocesan bishop would sit on the board but would not have the right to vote.

Further, the bill orders “the pastor of the congregation [to] report to the board of directors with respect to administrative and financial matters.”

The bill requires the Church to implement these structural changes in its form of government by January 1, 2010. These changes would affect each and every parish and corporation that the Catholic Church has established under this section of the Connecticut General Statutes.

Lastly, the bill empowers “any person” to report real or perceived misuses of parish funds to the State Attorney General who is instructed to “investigate such report and take such action as he deems necessary.”

As Most Rev. William E. Lori, Bishop of Bridgeport, points out on the diocesan website:

This bill violates the First Amendment of the United States Constitution. It forces a radical reorganization of the legal, financial, and administrative structure of our parishes. This is contrary to the Apostolic nature of the Catholic Church because it disconnects parishes from their Pastors and their Bishop. Parishes would be run by boards from which Pastors and the Bishop would be effectively excluded.

This bill, moreover, is a thinly-veiled attempt to silence the Catholic Church on the important issues of the day, such as same-sex marriage.[1]

SB 1098’s persecutory character is clear to many. For example, Senator Michael McLachlan writes on his blog: “The real purpose of this bill is payback to the bishops and pastors of the Roman Catholic Church in Connecticut for opposing gay marriage.”[2]

Since SB 1098 is a Raised Bill introduced by the Judiciary Committee itself, it is significant that both co-chairs of this Committee, Sen. Andrew J. McDonald (D) and Rep. Michael P. Lawlor (D) are supportive of same-sex “marriage” and the homosexual agenda.[3]

It is also significant that the bill mandates structural changes in the government of the Roman Catholic Church desired by liberal dissident groups such as Association for the Rights of Catholics in the Church (ARCC) and Voice of the Faithful who both want to replace the Church’s divinely instituted hierarchical form of government with one that is more egalitarian and democratic. The authority of the Pope and bishops, and even that of the parish pastor, would be increasingly diminished, while the laity, for all practical purposes, would govern the Church.[4]

Thus, it is not surprising that ARCC would lobby in favor of SB 1098. In a call to action email purportedly coming from it, the organization suggested that people email ten members of the Judiciary Committee, encouraging them to vote for SB 1098. The standard message provided for individuals to copy into an email stated:

“I join in urging you to support your proposed changes to the regulations determining the ownership and disposition of Catholic Church property (Bill 1098).  I and many, many other Catholics have long awaited this legislation that more adequately reflects the democratic ideals of not only the United States but also the Catholic Church as found in the documents of the Second Vatican Council (1962-65). Documentation of this is located in abundance on the web site of the Association for the Rights of Catholics in the Church arcc-catholic-rights.net (founded in 1980).”

Contrary to the wishes of liberal dissidents, the Catholic Church’s form of government is hierarchical and so ordained by God (Cf. Council of Trent, Session 23, c. 6, DB 1776 [DS 966]).

Freedom is an indispensable condition for this government, but this freedom has not always been respected by the State, which repeatedly along the course of history has attempted to limit or deny this libertas Ecclesiae (freedom of the Church; Church autonomy) in many ways, all of them odious.

By legislatively usurping the right of the Church hierarchy to alone determine how the Church will be structured under civil law for purposes of property ownership and the administration of parishes and other corporations, those in favor of SB 1098 join the cortege of despots and soviets who during the Church’s 2,000-year history threatened Her freedom.

SB 1098 Is Intrinsically Flawed and Must Be Rejected

Connecticut’s current law in this matter (Chapter 598, Part II, subpart D) is respectful towards Church doctrine and practices. Indeed, it gives the impression of having been introduced and enacted after prior consultation with Church authorities.

SB 1098, on the contrary, is opposed by Church authorities and aims to legislatively impose changes that clash with Church teachings and threaten Her freedom.

The American Society for the Defense of Tradition, Family, and Property—an organization that defends the principles of Christian civilization in light of Catholic doctrine and natural law—calls on all Americans to repudiate and protest Connecticut’s SB 1098 and to be vigilant against similar measures in other states.

May the Blessed Virgin Mary, Mother of the Church, help and protect all Americans in the difficult days our nation is crossing. 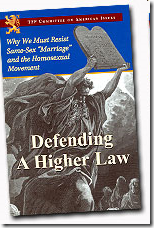 Defending a Higher Law: Why We Must Resist Same-Sex “Marriage” and the Homosexual Movement. 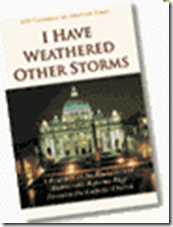 I Have Weathered Other Storms: A Response to the Scandals and Democratic Reforms That Threaten the Catholic Church.

[1] “A Direct Attack on our Church and Faith,” Bishop William Lori’s blog, Mar. 8, 2009. www.bridgeportdiocese.com/external-bishopsblog.shtml (Emphasis in the original).

[4] In its book I Have Weathered Other Storms: A Response to the Scandals and Democratic Reforms that Threaten the Catholic Church, the TFP analyzes and documents the ideology of these dissidents, showing how contrary it is to Catholic doctrine.