"Why do we suffer in this life for sin?" 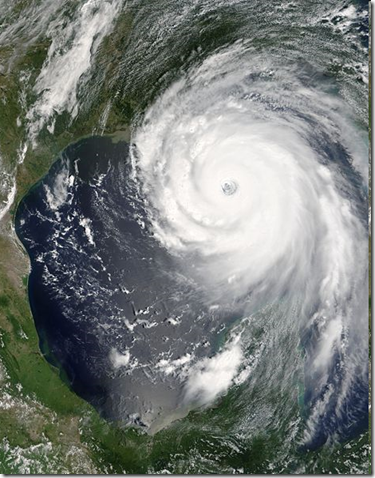 My note: Some people ask "why should we be involved in a Public Square Rosary Rally? Isn't it enough to pray in the private of my home?"

Fr. Remler answers this question in his book Why Must I Suffer, and I share the chapter on the expiation of public and national sins with you now.

As a member of society and a citizen of your country, you must unite  with the rest in making the atonement and reparation which Divine Justice requires for the public and national sins committed in the community in which you live.

By public and national sins we understand certain sins of a graver
nature which are committed on so large a scale and by so many persons in  a community, be it a city, or a province, or an entire nation, that they  are attributed to the community as a body and not merely to this or that  individual.

God is exceedingly patient and long-suffering, and does not willingly inflict general chastisements, however richly they may be deserved by a community.

He rather desires that His offending children seek His pardon by means of a timely repentance and conversion. He waited a hundred years before He sent the deluge which He had commissioned Noah to announce; He allowed forty years to elapse between the prediction made by Our Lord of the coming destruction of Jerusalem and the fulfillment of that prediction by the Romans in the year 70; and He spared the city of Ninive altogether because its inhabitants immediately left off
sinning and hastened to do penance at the preaching of Jonas.

God acts in this way still. He often waits a long time before inflicts
on sinful cities and nations those more extensive chastisements which their multiplied iniquities call for. He desires to spare them to a sense of their duty and to timely repentance and conversion.

But if in spite of these delays they obstinately refuse to enter into themselves and to leave off sinning; if they continue in their wickedness, sometimes even to the extent of sinning more boldly because their evil deeds are not punished at once, then the hour must come in which the measure of their iniquity is filled to overflowing.

That hour will mark the beginning of some general visitation which will fall heavily on the guilty community as a just punishment of its long, continued transgressions of God’s Holy Law-destructive floods or storms, conflagrations, earthquakes; seasons of scarcity and famine; epidemics and pestilences; and especially the horrors of rebellions and revolutions, and of civil and international wars.

Divine Justice makes use of these evils for the punishment and correction of a sinful people much the same as a wise father uses the rod for the chastisement and betterment of a wayward child.

Nor is it always necessary that God /send/ such chastisement for public sins, as He sent the deluge or the destruction of Jerusalem.

There are many sins which contain in themselves the seeds of future public suffering, just as the acorn contains the gigantic oak.

If such sins prevail for a sufficiently long time, unchecked and unrepented, they are bound to produce such conditions in the social order as make certain calamities unavoidable.

Take, for example, the sin of /godless/ education, that is, education of youth without religion. Where such a system has been adopted, the necessary results must be the following;
After two or three generations the knowledge of God will disappear more or less completely among the people; the sense of right and wrong will be lost; good will be called evil, and evil good; there will be no more respect for the moral law.

The depravity of youth will grow worse and worse; dishonesty and corruption will prevail in business, in the courts, in the legislature, and in the government itself; taxes will be misappropriated or disappear in the pockets of grafters; heavy expenses will be necessary to maintain the growing number of asylums, juvenile courts, reform schools and prisons.

There will be no security to honor property and life; the relations between capital and labor will be strained to the breaking point, so that violence and bloodshed will become inevitable; family life will be disrupted by adultery, divorce and free love; national rivalries, jealousies and hatreds, provoked by commercial greed, grow more and more intense, until they lead to international wars with their unspeakable misery to millions.

Nations that sow the whirlwind must reap the storm.
Public and national sins must be expiated in this world for the very simple reason that they cannot be expiated in the next. In the world to come families, cities provinces and nations will have no continued corporate existence.

There, men and women will exist merely as individuals, without being united by those social, civil, political and national bonds which are necessary in this life for welfare and preservation of the human race. In eternity, they will individually enjoy the fruits of their life on earth-the good will possess the kingdom of God in Heaven, while the wicked shall suffer for their evil deeds in the unquenchable fire of Hell. But as public sins require public expiation, and as this expiation cannot be made in this next
life, it is clear that it must be made on this side of the grave.