Devotion to the Immaculate Heart of Mary Will Save the World 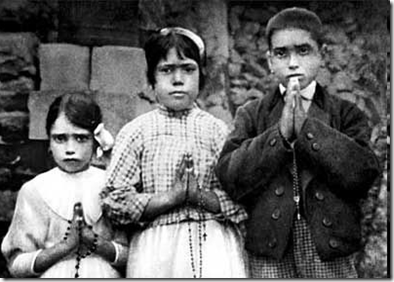 Our Lady appeared to Lucia, Jacinta and Francisco, and gave them messages for the world. The seers affirmed these apparitions were to be made known to the Holy Father, the Sacred Hierarchy, and to all Christendom.

Thus, either the proofs are clear, certain, and conclusive, rendering the apparitions worthy of credit, or the proofs are doubtful, confusing, debatable, and the messages false.

If Our Lady wanted to make her message known to the world, she would not fail to arrange the events so as to supply mankind with reasonable motives to believe the messages authenticity and she did.

Therefore, if the proofs are certain and the messages are authentic, we cannot fail to attach the greatest importance to what they contain. If Our Lady really spoke to us through the seers, we must attach the highest regard to her words, meditate on them, and through diligent analysis, draw the utmost from their meaning.

On the other hand, if the proofs are uncertain, we had better not waste a second on the subject. Just as one cannot somewhat believe the messages, so also one cannot merely attribute some importance to their contents.

The Gravity of the World Situation According to the Fatima Message 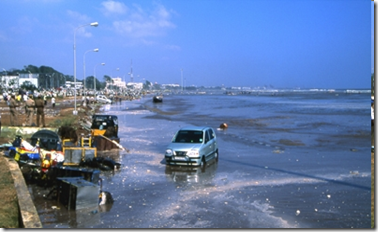 Our Lady spoke to the world. She described the situation as extremely grave, pointed out mankinds frightening moral decadence as the cause of this situation, and threatened us with terrible earthly punishments a new war, the spread of the errors of Communism, persecutions of the Church, and what is a thousand times worse, eternal punishment if we fail to amend, and prescribed the necessary means for us to avoid all these punishments.

Despite some happy-go-lucky optimists who close their eyes to reality and say that our world of doubt, naturalism, moral laxity and worship of earthly pleasures is in accordance with God, we must believe the contrary because the contrary is what Our Lady tells us. Some evolutionist sociologists delight in saying today is better than yesterday and tomorrow will necessarily be better than today.

However, Our Lady affirms that reality is altogether different: Tomorrow will be better than today only if we amend our lives and do penance. Otherwise, no matter how much material progress is made in the realms of medicine, finance, entertainment and personal comfort, we are marching toward a huge universal collapse.

Unfortunately, many optimistic theologians also try to create a nice atmosphere by claiming that hardly anyone is ever condemned to Hell. However, Our Lady teaches the opposite, not only with words but with an invincible, concrete argument: She showed Hell to the terrified little shepherds so they can tell the world what they have seen. And we should rather believe Our Lady than a wishy-washy theologian.

Supernatural Life is the True Solution

Our Lady points out prayer, penance and amendment of ones life as fundamental remedies for the contemporary world. According to her, on these three spiritual measures hinge the maintenance of world peace, the preservation of the West against Communist propaganda, and the very survival of civilization.

This could shock many incautious Catholics who place all their hopes in human resources such as seminaries, universities, newspapers, magazines, bookstores, movie theaters, works of charity and social assistance. Through this concept, everything is reduced to the material realm. De-Christianization is caused by a lack of resources and means of action to promote the Faith.

The day we remedy this insufficiency we will have overcome de-Christianization. However, Our Lady appears in Fatima and does not utter a word about all these means of action. How to explain this mystery? And how to explain that the popes have recommended unceasingly that which Our Lady silenced? Are the Fatima messages in contradiction with papal guidelines?

The popes untiringly recommend using all natural and legitimate means to promote the social kingship of Our Lord Jesus Christ.

However, in countless documents the popes also show that natural means would be useless without a continuous life of piety, mortification, and sacrifice. The soldiers of Christ must constantly bear in mind that the natural means must be channels for the grace of God; and that an apostle, whether a cleric or a lay person, must himself be a reservoir of the graces that must vivify his works.

In other words, the popes have unceasingly promoted the essential theses in Dom Jean-Baptiste Chautards book, The Soul of the Apostolate, and these are the same principles that Our Lady teaches us at Fatima.

Far from discouraging us from dedicating ourselves entirely to apostolic works, the Holy Virgin nevertheless repeats the teaching of Our Lord in Bethany: One must live in close union with God, because everything emanates from this union, and without it even the best and most useful and opportune works remain sterile.

Let us now quickly review other aspects of the Fatima messages. The apparition of the Angel of Portugal reminds us of Church doctrine, that each nation has its own Guardian Angel. There was a time when nations had a special devotion to their Guardian Angels, invoking him in their tribulations and especially in the struggle to maintain their people within the fold of the Church. Have we thought about this? Do we honor our own countrys Guardian Angel?

Love and Fear of God

The Angel prayed in the presence of the shepherds who were bowed to the ground. It is an example we should imitate. In our prayers, we must be confiding, intimate, and filial. We should not forget that true filial piety does not exclude the most profound respect. This is another point in which the Fatima revelations contain precious teachings for modern man.

By dint of talking constantly about democracy, at times we tend to introduce an egalitarian tone even in our relations with God.

A Devotion that Liturgists Combat

A certain liturgist mindset inside the Church for years turned Catholics against certain devotions, including worshipping the Most Blessed Sacrament outside of Mass and reciting the Holy Rosary. Still, these two devotions are strongly recommended at Fatima.

To God, nothing is impossible, and had He so pleased, the three little shepherds could have been transported to some place where the Holy Sacrifice was being celebrated so they could receive Holy Communion. Yet Providence determined that an angel give them Holy Communion.

If worshipping the Blessed Sacrament extra Missam was in any way opposed to the true manner of understanding the Real Presence, Divine Providence would not have decided that the Angels Eucharistic adoration and the first communion of the little shepherds take place the way it actually did.

As for recitation of the Holy Rosary, it could hardly have been recommended with greater insistence. I am the Lady of the Rosary, revealed the Blessed Virgin at the last apparition. And in nearly all apparitions she insisted on that devotion with the little shepherds.

Fortunately, both devotions are returning today by popular demand.

Devotions that Liturgists Seek to Erase from Peoples Hearts

Fatima also teaches with great insistence, devotion to the Sacred Heart of Jesus, which also has been cast aside by a certain style of spirituality. 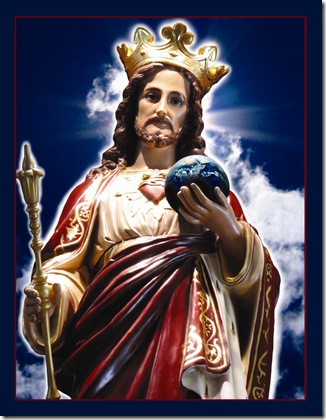 All theologians have considered devotion to the Sacred Heart of Jesus one of the most precious graces comforting the Church over the last few centuries. It was destined to rekindle in men the love of God, numbed by the naturalism of the Renaissance and the errors of Protestants, Jansenists, deists and rationalists.

It was through this devotion that, in the 19th century, the Apostolate of Prayer produced an admirable reflourishing of religious life around the world, and since the evils from which the Sacred Heart of Jesus must preserve us grow daily, obviously the need for this incomparable devotion grows accordingly.

Nevertheless, one must add that in the present aggravation of contemporary evils, Divine Providence, so to speak, wanted to outdo itself by pointing out to men the devotion to the Immaculate Heart of Mary, which in a certain way refines the devotion to the Sacred Heart of Jesus and takes it to its fullness. Studies about, and devotion to, the Heart of Mary are not new. However, a simple reading of the Fatima messages shows how insistently Our Lady wants this devotion for our days. 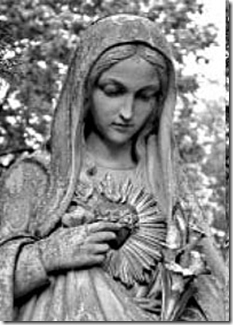 The mission she entrusted to Sister Lucia was especially to remain on earth to attract men's hearts to the Immaculate Heart of Mary.

During the visions, this devotion is often commended. At the second apparition, this Most Holy Heart appears crowned with thorns by our sins and asking for prayers of reparation on the part of mankind.

It seems to us that this point, as it were, contains in itself all the treasures of the Fatima messages.

Thus, on the whole, the Fatima apparitions on the one hand instruct us about the terrible gravity of the world situation and about the true causes of our evils, and on the other hand, they teach us the means by which we must avoid the earthly and eternal punishments that await us.

To people in antiquity, God sent the prophets. In our days, He spoke to us through the Queen of Prophets herself. Having thus studied what Our Lady said, what can we say?

The only suitable words are those of Our Lord in the Gospel: If any man has ears to hear, let him hear (Mark 4:23).

Note:
Owing to the first publication of this article in 1953, slight adaptations were made to the original. Originally published in Catolicismo, number 30, June 1953.

Permission is granted to copy, distribute and/or modify this document under the terms of the GNU Free Documentation License, Version 1.2 or any later version published by the Free Software Foundation; with no Invariant Sections, no Front-Cover Texts, and no Back-Cover Texts. Subject to disclaimers.